ShopRite to host Barbecue Cook Off in Parkville, Howard Park 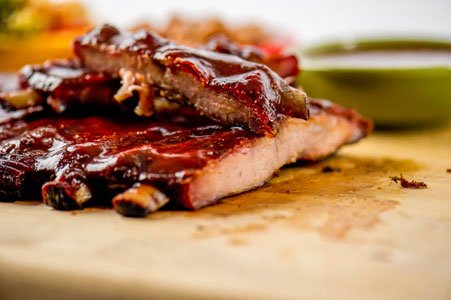 For the grill master of the neighborhood who boasts that their barbecue is always the summer’s main event, Klein’s ShopRite of Baltimore is hosting its first Barbecue Ribs Cook Off.

The cook off will be held at two locations, the first is scheduled from 10 a.m. to 4 p.m. on Saturday, August 20, 2016, in the Howard Park ShopRite parking lot located at 4601 Liberty Heights Avenue in Baltimore City.

The second is scheduled from 10 a.m. to 4 p.m. at the Parkville ShopRite parking lot and grounds located at 2401 Cleanleigh Drive.

“It’s designed to be a feel good community day,” said organizer the Rev. Elisha B. Morris, a community engagement manager with UpLift Solutions, a national nonprofit organization that supports food businesses, government, and nonprofits to create sustainable environments for underserved communities. “ShopRite is doing an amazing thing and everyone is welcome,” Morris said, adding that they are seeking those who can barbecue ribs on the grill and those who think their barbecue is simply the best.

The fee to register for the contest is $25 with cash prizes of $500 for first place; $300 for second place; and $200 for the cook who finishes third in the contest.

Winners will also receive a trophy and a panel of judges for the contest include those from Baltimore and surrounding counties.

Morris said small business and local entrepreneurs may secure a limited number of spaces at the event for $20 and proceeds from the event are earmarked for youth programs in communities of the ShopRite supermarkets.

The event will also include various games, entertainment and a DJ and churches may enter a contestant in the cook off as well as block and civic clubs and police and fire companies.

“This is about community building,” Morris said. “The winners get prizes and bragging rights about their barbecue for at least one year.”

Morris noted the impact ShopRite has already had in the communities the store serves.

In 2014, ShopRite opened in Howard Park offering a wide array of groceries and fresh produce, meat, seafood, a fresh bakeshop, natural, organic and gluten-free products and a full-service pharmacy.

It also features ethnic foods and the convenience of freshly prepared foods for quick and easy meals, including hot entrees and side dishes, hearty soups, rotisserie and fire grilled chicken and many ready-to-heat items.

The location also brought hundreds of new jobs to the community and ShopRite has be an integral part of the improvements made to the landscape of Liberty Heights Avenue.

The neighborhood had been without a grocery store for more than a dozen years and until ShopRite moved in, the area had great difficulty attracting grocers and developers.

The supermarket has provided residents with a convenient place to shop and already has helped to breathe new life into a once run-down commercial strip along the avenue. The 56,000-square-foot ShopRite of Perring Crossing, in the 2400 block of Cleanleigh Drive in Parkville, opened in 2012 and fills the space previously occupied by a SuperFresh grocery store.

The former store was gutted entirely and renovations vastly improved what had been an eyesore in the community, not to mention an empty location that had taken away the area’s lone supermarket.

“ShopRite has been really good for the community. Nothing was here and now we have a great place to shop,” Morris said.

And, now places to have a barbecue cook off.

“This only makes the stores friendlier to the community. We will make an entire entrepreneur village for the events,” he said. “There are many entrepreneurs who work out of their homes or don’t have an office and these events also mean they can come out and set up and have a place for their businesses for the day which will allow everyone to know they exists or know more about their business.”

For more information about ShopRite’s Barbecue Cook Off, contact AzusaMarketingLLC@aol.com or 215-268-3808.