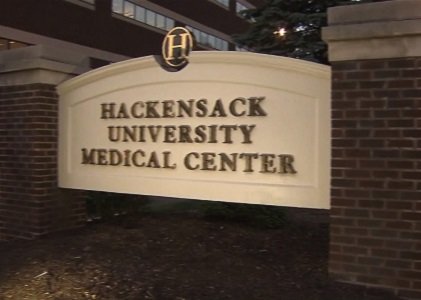 A baby with Zika virus-related microcephaly was born in New Jersey on Tuesday, hospital officials said.

"The mother is stable, obviously sad, which is the normal emotional reaction given the situation," he said.

The mother is visiting the United States from Honduras and does not want to be identified.

Doctors first examined her when she came to the medical center Friday. Ultrasound screening revealed the baby had "significant microcephaly," including calcification and dilated ventricles of the brain, according to Al-Khan.

Tests were done to rule out other causes of these abnormalities.

"When I saw her today, I was pretty much convinced this was a Zika-affected baby," he said.

The mother traveled to the United States from Honduras in hopes of receiving better medical care because she knew her baby may have Zika-related problems, according to Al-Khan.

Doctors believe she was infected during the second trimester of her pregnancy. She experienced a fever and rash, both symptoms of the mosquito-borne disease, which is known to cause the devastating birth defect microcephaly and other neurological disorders.

"When she developed the symptoms, she was seen by an OBGYN who suspected the baby was growth restricted," he said.

Doctors there coordinated with the U.S. Centers for Disease Control and Prevention to test the woman for the Zika virus.

The samples were sent to the CDC and results confirming the diagnosis of the virus came back Tuesday, according to Al-Khan. However, he said, that was not a factor in her having the C-section.

Close to due date

The mother was close to full-term in her pregnancy.

"There were a few reasons the baby needed to be delivered today, including low amniotic fluid," he said.

Al-Khan said such babies have "tremendous neurological problems," and most don't do well.

In January, health officials confirmed that a baby with severe microcephaly was born in Hawaii to a woman who had become infected with the Zika virus while living in Brazil.

Earlier this month, Puerto Rico health officials confirmed their first case of a fetus with severe microcephaly linked to local transmission of the virus.

Al-Khan said this is believed to be the third case of a baby born with Zika-related microcephaly in the United States, but the first in the northeast. He said there was also a baby born in the south but he did not know details about the case.

There are more than 300 pregnant women with the virus in the United States and its territories who are being followed as part of a national registry.

Information on the outcomes or stages of these pregnancies has not been released. In February, the CDC released a report detailing the first nine pregnancies among Zika-infected women in the United States.