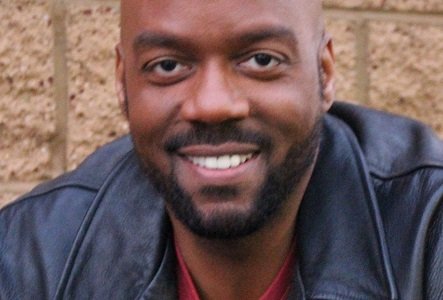 First Detroit, then Hollywood, Washington D.C and the world. Before long, if the president of 25th Frame Films has anything to do with it, his company will be charting its own path towards the type of success no others have yet achieved.

Queens, New York native and accomplished producer, director and actor Shiek Mahmud-Bey, like the prizefighter he used to be, has been working diligently behind the scenes to give aspiring actors, producers and directors the tools they need to storm the ramparts of the film industry.

His efforts are seen as important for all actors, regardless of race or gender, but it could mean even more for African-Americans or people of color as Hollywood faces increasing pressure not only to produce great films and bring back the days of appointment television, but as Business writer Drew Harwell noted in December 2015, Hollywood has been ignoring a gold mine.

Further, movies with predominantly Black casts like “Straight Outta Compton” which was produced with a $28 million budget grossed more than $200 million in box office to become the highest grossing biopic in history.

So, as Hollywood figures out what to do about this intractable problem, Mahmud-Bey isn’t sitting around waiting, with his hands in his lap.

After crafting and hosting a years-long series of innovative workshops held locally and in cities like the Detroit and the Big Apple, he and officials at his production company said they’re stepping up their game by marshalling the skills and talents of the best, accomplished and undiscovered talent around to shoot a series of short movies that they assert will be sure to capture Hollywood’s imagination.

Or, as Mahmud-Bey’s motto notes, he “will find a way, or make one.”

“I’ve decided to step it up a little more. My company is collaborating with directors and writers like Kamal Smith, Janaya Black and Dana Elam – those I’ve worked with in ‘Collaborations Detroit’ and a few actors who attend my Shiek Studio monthly classes – and doing this,” said Mahmud-Bey, president of 25th Frame Films.

Mahmud-Bey previously developed “Game Changerz,” a monthly industry night event where talented residents are able to show off their skills and compete for cash and other prizes. He fashioned his Collaborations Showcase to create opportunities for actors, filmmakers and entertainment professionals to get together and share their talents, ideas and experiences.

“25th Frame Films will submit work to festivals and we’re going to take ‘Collaborations’ to a higher medium,” he explained.

“The short series is themed under the topic ‘Life,’” he said.

Led by 25th Frame Films, the short series will be shot and entered into the film festival circuit. Prior to that, they’ll be screened by the Collaborations Group, which Mahmud-Bey calls a dream come true.

“Under the umbrella of 25th Frame Films we are creating the opportunity for these now-trained actors to put their acting chops to work in movies and creating visibility by exposing them through the Collaborations Group. The objective of the “Game Changerz” monthly industry night is for filmmakers to meet more often than the annual Collaborations Showcases, collaborate and continue to create,” he said.

“My team and I are in the process of developing ‘The Village’ and the name says it all. Kamal Smith and I are also in the process of developing a feature film. It’s a political comedy based on the lives of four people and their desire to find happiness, but find themselves forced to actually look at themselves. We’re going to push the envelope on what we as artists should do.”

Director of Photography Zackary Cornell Cunningham, whom Mahmud-Bey met in Detroit during a “Collaborations” event also is onboard as co-producer with his CC Digital Innovations production company.

“[Cunningham] is about movie making. His standards match mine, meaning we both want to tell great stories with no compromise to production value,” Mahmud-Bey said. “He’s also shooting a documentary about his father, Michael G. Cunningham, and his dialysis journey which is titled, ‘30 to Go.’”

Mahmud-Bey could barely contain his enthusiasm for Smith and the involvement of Smith’s Lynn’s Boys Media LLC production company.

“Kamal Smith is another brother I’ve teamed up with. He wrote scenes for ‘Collaborations Detroit” about a man intimidated by his wife making more money than him and I loved it,” Mahmud-Bey said. “So, I asked him to elaborate on that scene and write a short based on it. Kamal is also a director and I saw his sitcom, ‘Because We’re Men,’ and I loved it.”

Mahmud-Bey said he’d heard some great things about Smith and had always wanted to meet and possibly work with the man many called a young Tyler Perry-like innovative talent.

“I guess it was divine intervention. So I asked him if he want to direct the short as well. He loved the idea and he jumped on board as a writer, director and producer. He’s also in the process of writing another short mystery drama-comedy based on two sisters and their eating habits,” he said.

Mahmud-Bey has an unenviable body of work. His performances in “The Way Out,” and “Acts of Contrition” received critical acclaim and earned him a “Best Performance” Award in the International Fringe Festivals. He’s also appeared in such theatrical performances as “The Big Trees,” “Over the Edge,” and “Black, No Sugar.”

But the thespian really marked his territory on the silver screen by starring opposite Robert DeNiro, Nicolas Cage, Andy Garcia, Philip Seymour Hoffman and Joaquin Phoenix in such films as “Buffalo Soldier,” “Flawless,” “Night Falls on Manhattan,” “Kiss of Death,” “See No Evil, Hear No Evil,” “Small Vices,” “The Bonfire of the Vanities,” “Mercy Streets,” and “Joe’s Apartment.”

It’s that experience and prodigious talent that should boost Mahmud-Bey’s latest foray as he pushes to provide a mélange of opportunities for those seeking to be seen and more deeply involved in the industry they love.