America’s crumbling infrastructure is a clear and present danger 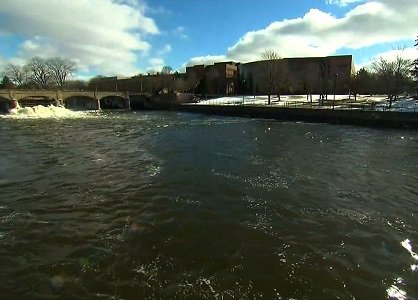 The state decided to temporarily switch Flint's water source from Lake Huron to the Flint River as a cost-saving measure until a new supply line to Lake Huron was ready. The river had a reputation for nastiness, and after the April 2014 switch, residents complained their water looked, smelled and tasted funny. The city's water was found to have high levels of lead after it began pumping water out of Flint River. (Photo: CNN)

(NNPA) — America is literally falling apart. In Flint, Michigan, children were poisoned by the lead contamination of the water. In the District of Columbia, the subway system is plagued by fires and delays. Arlington Memorial Bridge, which connects the North to the South, the Capitol to Arlington National Cemetery, may have to be closed soon. Kennedy’s eternal flame may burn forever, but the bridge is on its last legs.

The American Society of Civil Engineers released a report last week once more warning the country of a massive investment deficit— an estimated $1.4 trillion shortfall over the next ten years— coming on top of years of under funding and neglect.

This isn’t a matter of money. The Obama administration has announced it plans to spend over $1 trillion to build a new generation of nuclear weapons and the planes, missiles and submarines that deliver them. These are weapons that can never be used. We have spent over $2 trillion on the wars in Afghanistan and Iraq to date, with the final costs estimated at $4 to $6 trillion. The war in Afghanistan— an impoverished country where we have no strategic interest— is already the longest in our history and continuing.

We have the money. U.S. corporations stash trillions abroad to avoid paying taxes. If they paid what they owe— now estimated to be $700 billion— it would provide a down payment on rebuilding America. The federal tax on gasoline— dedicated to paying for infrastructure— has not been raised since 1993, even though gas prices have plummeted.

Interest rates on U.S. bonds are now so low that the Treasury could issue Rebuild America bonds and put people to work to rebuild the country— and the growth and increased productivity that results would generate revenues to repay the bonds. Even establishment economists like Lawrence Summers argue that the program would literally pay for itself. And it would respond to the pleas of the bastion of economic conservatism— the International Monetary Fund— that is pleading with the U.S. and other advanced countries to expand public investment to forestall a return to recession. The American Society of Civil Engineers estimates that the U.S. will suffer a stunning $4 trillion in lost GDP by 2025 from the costs of decaying tunnels, railways, waterways and other basic infrastructure. It will cost us more to decay than it would to rebuild.

However, Washington is frozen. The Republican Congress rejects President Obama’s modest plans for infrastructure investment, though they are supported by a massive coalition that includes the conservative Chamber of Commerce as well as the AFL-CIO. All three presidential candidates call for expanding investment in infrastructure (although only Bernie Sanders comes close to meeting the shortfall that the civil engineers warn about). But it will require a wave election— a sweeping rebuke to the obstructionist Republican Congress— for anything to happen.

This is how great nations decline. Investments that are essential to any modern civilized nations— from schools and bridges to electric grids and clean water systems— are neglected. Money is squandered on foreign adventures or lost to the tax evasions of corporations and the rich. Private speculators profit from privatizing public services. We build the most modern and powerful military in the world but are ever more crippled by decaying services that we depend on every day.

Politics as usual won’t change this. It will change only if people rise up and hold their politicians accountable. How many bridges must collapse or children must be poisoned or businesses must be shuttered before that happens?