Climbing out of the darkness: Postpartum awareness event planned 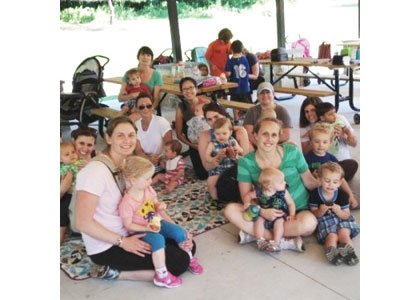 One in seven women will suffer from a postpartum mood disorder, the most common complication of childbirth, according to health experts.

Only 15 percent of those who suffer will seek treatment, particularly African-American women because of a cultural stigma that envelopes black and many minority communities where the rate of postpartum depression (PPD) and other mood disorders increases to one in every four women.

On June 18, 2016, Climb Out of the Darkness— the world’s largest event that raises awareness about maternal mental health disorders— will hold a regional “Climb in Baltimore” where survivors of PPD, anxiety, OCD and psychosis from all over the world climb, hike or walk together at a local trail, mountain or park to symbolize their collective rise out of the darkness.

The women are dubbed “Warrior Moms,” and the event is also designed to raise funds for Postpartum Progress, a nonprofit and online community of support resources for women around the world.

“These events are very grass roots,” said Carrie Flora, a Climb leader and spokesperson for the event. “This is the fourth year and the Climb tends to not be super big events but we hope that it grows fast,” Flora said, noting that she’s hoping to draw at least 75 participants this year.

“There are Climbs in the country where it’s just a mom and her family and that’s how most Climbs start,” Flora said. For this year’s event, which will be held at 10 a.m. on Saturday, June 18 at Druid Hill Park’s Swann Pavilion, the organization has raised $8,100, a figure that although short of the $10,000 goal sought by June 1 still leads the country.

“I’m proud of that. It’s a small event although we do have as sponsors Mental Health Association of Maryland, Special Beginnings Birth and Women’s Center, B’more for Healthy Babies and Therapeutic Health Associates,” Flora said.

Since founding Postpartum Progress in 2004, Katherine Stone said she continues to be in awe over how many lives have been touched and how much advancement has been made in awareness about postpartum health issues.

“Each and every one of our ‘Warrior Moms’ is an inspiration,” Stone said in a news release.

“This Climb event lets us celebrate them and empower them while reaching out to new moms who maybe suffering. Every single day, we are one step closer to erasing the stigma associated with postpartum depression and anxiety disorders,” Stone said. “It’s these powerful women who are making a difference.”

The goal for 2016 is to raise more than $300,000 total from all of the events to support Postpartum Progress, which is focused on improving awareness of maternal mental illness and providing peer support for women who suffer from them.

Funds raised from this year’s events will allow the organization to create new educational materials to be used by obstetricians, pediatricians and others, as well as new materials to help educate the media on the public health effect of postpartum depression and related illnesses on mothers and children, Postpartum Progress officials noted in a release.

Additionally, 10 percent of the proceeds raised for Team Baltimore will go directly to a local postpartum support group, Flora said.

“The event is threefold. It is the main fundraising activity for Postpartum Progress and it raises awareness and education, simply putting it out there and letting people know what postpartum depression is and how often it’s estimated to occur,” Flora said. “That’s huge because it’s a very silent thing. Women are not usually eager to speak about these things and only a small percentage seek help.”

“In the African-American community, there is still a great stigma around mental health in general and when you bring kids into the mix… I’ve heard women say they don’t want to get their kids taken away, they don’t want to be in the system,” Flora said. “These are real concerns, but we’re trying to reach them and let them know that it’s a common illness and there’s no shame in it.”

All are welcome to participate. Those who do must register and can do so at https://www.crowdrise.com/carrieflora-cotd2016/.