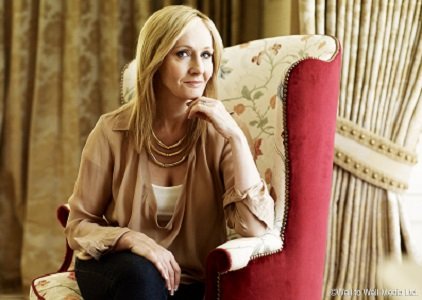 J.K. Rowling has decried critics of the casting of a black actress as Hermione as "a bunch of racists." (Photo: Wall to Wall Media Ltd.)

J.K. Rowling has decried critics of the casting of a black actress as Hermione as "a bunch of racists."

The Guardian reported that the "Harry Potter" author talked to The Observer about the complaints surrounding the selection of award-winning actress Noma Dumezweni to play the character in "Harry Potter and the Cursed Child" on the London stage. The loudest critics have come via social media.

"With my experience of social media, I thought that idiots were going to idiot," Rowling said in the interview. "But what can you say? That's the way the world is. Noma was chosen because she was the best actress for the job."

Rowling said she is fully supportive of the casting.

"I had a bunch of racists telling me that because Hermione 'turned white' -- that is, lost (color) from her face after a shock -- that she must be a white woman, which I have a great deal of difficulty with. But I decided not to get too agitated about it and simply state quite firmly that Hermione can be a black woman with my absolute blessing and enthusiasm."

In December Rowling addressed the online outcry by tweeting "white skin was never specified" and that she "loves black Hermione."

Previews for "Harry Potter and the Cursed Child" begin Tuesday at the Palace Theatre in London, with the official opening July 30.