Bottoms up: Why butt lifts are big business in parts of Africa 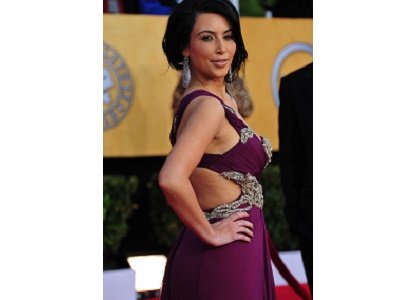 (CNN) — While some women are doing everything they can to get rid of extra weight, a larger behind is so desirable in some countries that it's fueling a whole industry of creams, surgery and padding.

2015 was called "the year of the rear" by the American Society of Plastic Surgeons.

"In some social circles it's like, 'You haven't had your butt done? What's wrong with you?'", explained Dr. Stanley Okoro, a plastic surgeon who works in Atlanta, Georgia, and Lagos, Nigeria.

When he's in Nigeria every two months, Okoro said he's able to do four to six butt lifts in a week. Each one usually takes six to eight hours, and Okoro is often booked up until late. "Sometimes I'm in surgery until 1am. It's exhausting," he said.

Why the rear has grown

Dr. Okoro says the biggest contributor to the rise in buttock surgery is without a doubt social media.

"The pressure to look good is what's driving people," said Okoro. He said in Nigeria, the massive film industry, commonly referred to as Nollywood, has driven the demand for the perfect butt.

A growing middle class has significantly contributed to the growth of cosmetic plastic surgery -- once a forbidden industry -- in Nigeria and Ghana, added Okoro.

The availability of smartphones in Africa and access to social media has also fuelled the rise in cosmetic surgery, Okoro said.

Over the past three to five years increased economic power and awareness of cosmetic surgery has fueled the popularity of such procedures, said Dr. Ojochide Ebune, a Nigerian surgeon and assistant secretary general of Nigerian Association of Plastic, Reconstructive and Aesthetic Surgeons.

"The prosperity of patients is starting to increase. In a few years, it [cosmetic surgery] will be a mainstay in Nigeria and parts of Africa," said Ebune, adding that the demand mostly comes from more cosmopolitan cities such as Lagos and Abuja.

In South Africa, in a suburb in Johannesburg, "Surgeon and Safari" helps clients facilitate their cosmetic procedures, and perhaps go on safari too.

Many clients come from abroad, said owner Lorraine Melvill, who started back in 2000 and told CNN there is an emergence of local Africans that chose to come to South Africa for elective surgery.

For those who can't afford surgery, there are cheaper alternatives in the form of pills and creams.

Dr. Okoro advises caution, though, as their contents can be unclear and their effectiveness unproven.

The trend in Africa is definitely on the rise, he said. "The same trend in Nigeria [for butt lifts], we are seeing in other West African countries."

ASPS's report in February showed that 15.9 million surgical and less-invasive cosmetic procedures were performed in the U.S. in 2015, a two percent increase from 2014. Dr. Schulman says he saw the demand for butt lifts start five years ago, and he has patients from all over the world. "I think this trend is here to stay, at least for the near future."

Schulman does warn about choosing an experienced and board certified plastic surgeon, however, as many of his clients come to him for corrective surgeries after bad results from other doctors.

His advice: only select a surgeon who does six to eight of these procedures per week, and can show over 100 of their own before and after photos.