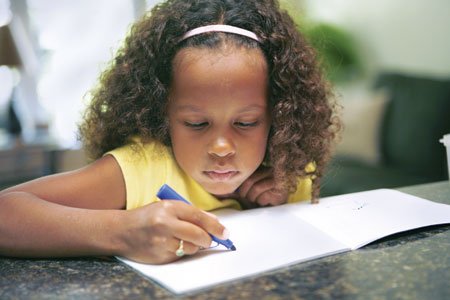 (CNN) — It's been more than a half a century since the Supreme Court's Brown v. Board of Education ruling found that "separate but equal" has no place in U.S. public schools.

And yet, true racial equality in our education system is yet to materialize.

That's clear from the startling revelations in the latest Education Department report released Tuesday. Entitled the Civil Rights Data Collection, the survey is conducted biennially. This one surveyed 50 million students in 95,000 schools during the 2013-2014 school year.

It shows how much African-American and Latino students still lag in terms of opportunities.

The disparity "tears at the moral fabric of our nation," Education Secretary John B. King Jr. told reporters.

"What sets the U.S. apart from any other country is the idea that opportunity is universal," he said. "These data show that we still fall far short of that ideal."

1 in 10 students are chronically absent

Chronic absenteeism is defined as missing at least 15 days of school. Nationwide, 6.5 million students were absent for that duration during the 2013-2014 school year. Among high school students, the numbers are worse: One in five. This is troubling because students who miss school are likely to fall behind and eventually drop out.

Counselors: Around the nation, 1.6 million kids attended schools that have a law enforcement officer but no counselor. And Asian, black and Latino students were more likely to be among those kids.

Officers: Among high schools with more than 75% black and Latino students, 51% had an officer. Another startling stat: A black student was 2.3 times more likely than a white student to be referred to or arrested by an officer.

Nearly 800,000 students were enrolled in schools where 20% of the teachers didn't meet all the requirements for a state license. And once again, blacks and Hispanics were more likely to attend such schools. The same is true when it came to experienced teachers. Students of color were more likely than white students to attend schools with teachers who were in their first year of teaching.