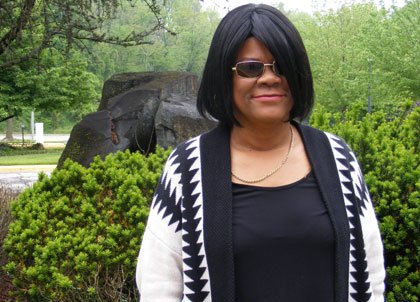 “This has been a journey, a very long and arduous journey,” she said. “But the benefits of finishing something like this are enormous.”

The conferring of an associate degree was the culmination of a nearly four-decade-long pursuit for Freeman. Her focus and commitment personifies what BCCC students are all about.

The students come from all walks of life and overcome unique challenges as they approach graduation. Whether they are juggling school and parenting, returning to a classroom environment for the first time in years, coping with physical and mental challenges, or persevering through personal tragedy, these students are defying the odds and setting positive examples in their communities.

The College awarded 515 associate degrees and certificates at its 2016 commencement ceremony on June 4, 2016 at the Patricia and Arthur Modell Performing Arts Center at The Lyric. On June 11, 2016, the school will present 51 students with their high school diplomas at its annual Adult Education Programs Commencement at the Fine Arts Theatre on the Liberty campus. Many from the Class of 2016 overcame poverty, unemployment, substance abuse, health problems, homelessness and other obstacles.

By the time she was 19, Freeman, a Chicago native, was a single mother of five— three girls and two boys. She dropped out at the age of 16 to focus on raising her kids. It was a struggle. She took whatever odd jobs she could find and even had to go on welfare before meeting her husband of over 30 years, Roger, who helped tremendously to lessen the load.

Freeman, 53, and her husband did an outstanding job raising their family: All five of Runae’s children finished high school and went to college.

“I continued to thrive through my children,” Freeman said. “What I didn’t get, I made sure they got.”

But being a full-time mom left Freeman with no time to complete her education. When she and Roger moved to Baltimore from Atlanta in 2010 at the suggestion of her son, Peter Smith (who serves on the Anne Arundel County Council), with her kids all grown up, Freeman was finally free to fulfill her personal goals.

The first step for Freeman, who has been totally blind in her left eye since she was a toddler, was getting her GED. Going back to school after so many years was intimidating, but she was determined.

In May 2012, Freeman enrolled in the BCCC GED Test Preparation Program and passed her exam later that year. Then in 2015, she earned a certificate in allied human services from BCCC. Freeman now has an associate degree in the same discipline, with a concentration in addiction counseling.

This fall, Freeman will attend the University of Baltimore to pursue a bachelor’s degree in human services administration. She says she is most proud of the example she is setting for her children and 14 grandchildren.

“I don’t ever want my grandchildren to go through what their grandmother went through and miss so many opportunities,” she said.

Freeman says she owes a lot to her instructors at BCCC, which she calls “the perfect place to put your life back in order.”

“My goal is to go as far as I can go,” she said. “My motto is, ‘Don’t let your past define your future.’ No matter what you’ve done in your lifetime, you should be able to get up, pull it together and move on.”