Life in Baltimore: The Association for the Study of African American Life and History, The Julian Branch 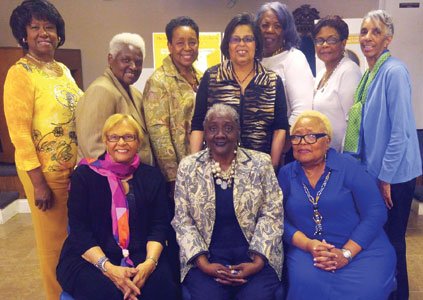 BALTIMORE — The Association for the Study of African American Life and History (ASALH) was established September 9, 1915 by historian Dr. Carter G. Woodson with a mission to create and disseminate knowledge about black life, history and culture. Members of the organization produce books and materials about black history including the Journal of African American History, of which Woodson was the first author. However, the Association believes it is not enough to just study about African American life and history. It’s also necessary to act decisively to ensure equality and justice.

The Association’s mission is to promote, research, preserve, interpret and disseminate information about Black life, history and culture to the global community. There are approximately 30 branches across the country.

The Julian Branch was chartered in 1990 and is named after the socially conscious Julian family. There was Dr. Percy L. Julian, the great African American scientist; Mrs. Anna Julian, a social leader; Dr. Emerson Julian, medical doctor and politician in Baltimore; Sylvia Julian Veal, pharmacist, who did her work in viral Cardinal anoxia; and Dr. James Julian, medical doctor and extensive landowner in the Pikesville- Randallstown area of Baltimore County.

The Julian Branch is committed to spreading the spirit of ASALH to students and the entire community, fostering and supporting the fight for equality and justice. Recently, the Julian Branch sponsored a review and discussion about the book, “The Mis-Education of the Negro” written by Dr. Woodson and published in 1933. This book was revisited because the organization believes that it is just as relevant today as it was in the ‘30s and '40s.

The Julian Branch is very active in the area with a plethora of activities, including: excursions to local and national African American cultural and historical events; collaboration with local branches and national leadership in the presentation of museum forums and events; assisting churches, academic and cultural institutions and the community with Black History Month and other activities; participating in heritage festivals; and voter registration drives. Like the Julian family from which the name is derived, the Julian Branch will continue to be active and innovative in promoting the mission of ASALH by encouraging the study of the rich history and culture of African Americans. An outstanding educator and historian, Mary Chavis Radcliffe is president of the Julian Branch.

The next sponsored event by the Julian Branch will take place on June 27, 2016 at the Owings Mills Library where the theme is "Hallowed Grounds: Memories of African American History," which will be presented by the well-known Baltimore County historian, Louis Diggs.