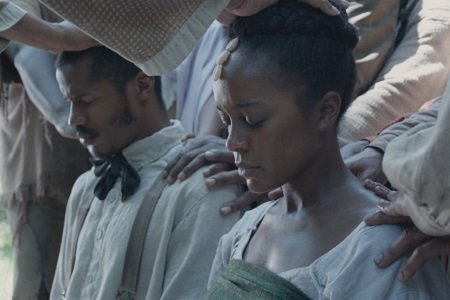 On Wednesday the annual American Black Film Festival begins in Miami. Now Hollywood looks very different, but it still grapples with some of the same issues of diversity as it did when the festival launched 20 years ago. (Photo: Fox Searchlight Pictures)

(CNN) — Years ago Jeff Friday attended the Sundance Film Festival, looked around and did not see black people represented.

So he decided to do something about it.

On Wednesday the annual American Black Film Festival begins in Miami. Now Hollywood looks very different, but it still grapples with some of the same issues of diversity as it did when the festival launched 20 years ago.

Friday, a former film executive, said in an interview with CNN that he chooses to focus on the positive in the industry.

"Many of the people who have supported us over the years are coming back," Friday said. "This is to show that there is a community that we often accuse of not always being supportive, and they are."

It was a trip to the Sundance Film Festival in 1997 and a screening of the African American film "Love Jones" that inspired Friday to start a festival of his own.

"It showed [black people] in a way we had never seen us before," he said of the romantic drama starring Nia Long and Larenz Tate. "When I went there were very few people of color. 'Love Jones' won an audience award."

He said he realized that good films, regardless of the color of their casts, resonate with audiences.

Determined to seek out similar artists and films, Friday formed the American Black Film Festival, often referred to as ABFF.

The event now focuses on both film and TV, as well as incubating talent. In addition to the film competition, the festival offers workshops on subjects ranging from screenwriting to TV hosting.

Several ABFF alumni have gone on to fame including "Creed" director Ryan Coogler, "Selma" director Ava DuVernay, and Will Packer who produced the recent TV reboot of "Roots" as well as several blockbuster films including the Kevin Hart hit "Ride Along."

Friday said "We have a legacy of helping people break into the industry."

That's welcome news to actor Tracey Dukes, who stars in the film "Killing Lazarus," which will be screened at the festival. Dukes said this is his first time attending ABFF, and he is grateful for the opportunity to connect with others in the industry.

In the wake of #OscarsSoWhite, and complaints about the lack of diversity in Hollywood, now is the time, he said.

Tenille Brown is expecting there to be a lot of dialogue around how the industry can do better.

The director of a documentary titled "Woman Child," Brown said she expects many at the festival will be talking about additional ways to open doors for minorities.

"I am hoping we get more into that and also about how we can have more opportunities for women," Brown said.

To that end, there are events pegged to discussions on the emergence of black women in cinema as well as the future of those women in Hollywood.

There will also be plenty of star power.

Rapper, actor, and Academy Award winner Common is scheduled to give a talk. And there will be a first look at the eagerly awaited film "The Birth of a Nation," which will include a conversation with the film's writer, director and star, Nate Parker.

Friday said his festival has had great luck partnering with several mainstream companies in the industry and he is appreciative. But at the end of the day the spirit of his event is that artists of color have more power than they realize.

"Years ago we came up with this mantra in our office: 'Because Hollywood wouldn't," Friday said. "We cannot sit around and worry about whether or not Hollywood is going to embrace us. Every time Hollywood misses an opportunity, we are there."

The ABFF runs through June 19.