Discover the Unexpected: Continuing the Legacy of Freedom’s Journal in 2016 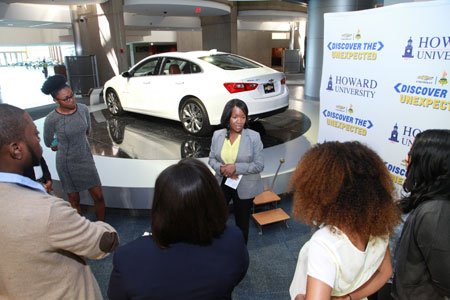 History is more than the memory and documentation of the past. We all learn from the trials, tribulations and triumphs of prior generations. History sets the stage for the transformation of the present into the future. Such is the case today for more than 45 million African Americans and millions of others across the United States.

This year is another national election year. The value and purpose of the right and responsibility to vote is more important today than in 1965 when the Voting Rights Act was first made law. Yet, if we somehow forget that the right and opportunity to vote were only gained as a result of struggle, sacrifice and vigilance, then too many of us will take for granted both the past and the present.

The genius of the Black Press in America has always been its audacious courage to print and distribute the truth even in the face of injustice and inequality. Frederick Douglass said it best when he declared, “Freedom is a constant struggle.” Douglass was a writer, publisher, orator, scholar and a freedom fighter.

Next year will mark the 190th anniversary of the Black Press. On March 16, 1827, John Russwurm and Samuel Cornish began Freedom’s Journal in New York City as the voice of Black America. From the very first publication of the Black Press up to today, our newspapers covered local, state, national and international news about the conditions and progress of African people as well as all of humanity.

Keeping the legacy of Freedom’s Journal alive in 2016 is vital and mandatory. The struggles for freedom, justice, equality and empowerment continue with new vibrancy and urgency. Each generation has to rise to the occasion pushing forward to ensure that the quality of life in our communities is improved and celebrated.

Today there are more than 206 African American owned newspapers and media companies in the United States who are members of the National Association of Newspaper Publishers (NNPA). Thanks to a longstanding partnership between General Motors and the NNPA, Chevrolet Malibu is now supporting and actively engaging to help the next generation of emerging African American journalists, publishers, and media scholars.

Discover the Unexpected (DTU) program launched by Chevrolet and the NNPA has eight NNPA Journalism Fellows from the Howard University School of Communications: In resident at The Atlanta Voice newspaper are Brandi Montgomery and Brelaun Douglas; at the Chicago Defender are Briahanna Brown and McKenzie Marshall; at The Washington Informer are Victoria Jones and Rushawn Walters; and at the Michigan Chronicle are Tatyana Hopkins and Sidnee King.

Recently, NNPA Fellows Brandie, Brelaun, Briahanna, McKenzie, Victoria, Rushawn, Tatyana, and Sidnee were all together in Detroit to learn about the inspiring innovative and success example of Ms. Crystal Windham, Director of Design at General Motors. Ms. Windham worked on the design of the new 2016 Chevrolet Malibu that the NNPA Fellows are using this summer to research and file their stories for the NNPA News Wire Service and NNPA member newspapers.

Learn more about Discover The Unexpected (DTU) at http://www.nnpa.org/dtu/ and use the hashtag #DiscoverTheUnexpected on Twitter @BlackPressUSA and @NNPA_BlackPress