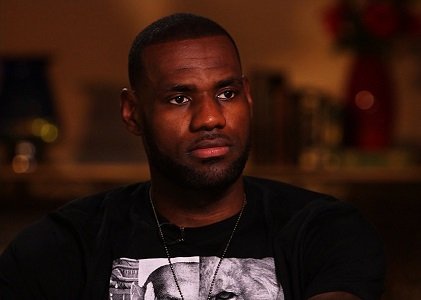 LeBron James is paid an average of $23.5 million a year by the Cleveland Cavaliers, and he is worth every penny. The team delivered their hometown its first sports championship in 52 years on Sunday. And James led the way with a triple double -- scoring 27 points, to go with 11 assists and 11 rebounds. He also made a key block in the closing moments of the game. He was unanimously named MVP of the NBA finals. (CNN)

OAKLAND, California (CNN) — History has been made.

This is the first major sports championship that a Cleveland team has won since 1964.

James was named Finals MVP after scoring 27 points, 11 rebounds and dishing out 11 assists.

The vote was unanimous, according to NBA Commissioner Adam Silver.

James scored his 16th triple double in the playoffs and seventh in an NBA Finals game -- only two other players had recorded triple doubles in a Finals Game 7, according to ESPN.

"Cleveland, this is for you!" James, an Akron, Ohio, native, shouted through tears in a post-game interview with ESPN.

James returned to his hometown team in 2014 after an acrimonious split in 2010. He joined the Miami Heat with fellow All-Stars Chris Bosh and Dwyane Wade, winning two titles there.

He decided to return to the Cavs in 2014 hoping to end the title drought for Cleveland.

The Cavs have clearly relished the role of underdog.

Cleveland faced a historic Warriors team that defeated them in the 2015 NBA Finals, only to come back and set the record for the most wins in a regular season with a 73-9 record.

Their best player, Steph Curry, had just won consecutive MVP awards and absolutely shattered the record for most three pointers made in a season.

Lue himself stepped into the head coaching gig in the middle of the season, after former head coach David Blatt was fired.

No team had ever rallied from a 3-1 deficit to win the NBA Finals. In fact, only three teams out of 33 have forced an NBA Finals Game 7 after trailing 3-1. The other two teams are the 1951 New York Knicks (against the Rochester Royals) and the 1966 Los Angeles Lakers (against the Boston Celtics).

But the Cavaliers fought back, tying the series 3-3 after a 115-101 win at Quicken Loans Arena in Cleveland on Thursday night. James scored 41 points in each of the last two games. He is the first player with consecutive 40-point performances in the NBA Finals since Shaquille O'Neal did it in 2000.

And in the final deciding game, Curry's three point shooting wasn't there.

"I didn't play efficient. I had some good moments, but didn't do enough to help my team win, especially down the stretch," he said after the game.

"At home in the fourth quarter, I felt like we could go for that dagger punch," Curry added. "That's something that is tough to kind of swallow with the opportunity we had in front of us."

The Warrior's recent loss followed another game in which they looked rattled. Curry fouled out in the fourth quarter Thursday night in Game 6. Upset with the call, he threw his mouthpiece into the stands and was ejected. It was the first ejection of his career. On Friday, the NBA announced Curry was fined $25,000 for throwing the mouthpiece.

That frustration was evident Sunday night as well.

"At the end of the day, you congratulate them for accomplishing what they set out to do, and it will be a good image for us over the summer and all next season to remember so that we can come back stronger," Curry said.