A glimmer of hope on gun control 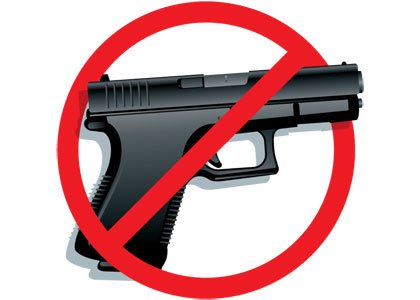 (CNN) — The first sign of hope in the gun control debate in many years came this week as Sen. Susan Collins, a Maine Republican, offered legislation that would prohibit people who are on the "no fly" and other surveillance lists from purchasing guns. Democratic Sen. Chuck Schumer told reporters, "There may be a glimmer of hope now" since the proposal seemed to be a "step in the right direction."

Unlike almost any other legislation that has been floated on Capitol Hill, Collins' measure seems to have some bipartisan support, although the odds against it are significant, especially given the National Rifle Association's opposition.

Many proponents of gun control will certainly feel that this bill is less than satisfactory. The legislation is a far cry from the kind of comprehensive gun controls that they have been fighting for over the past few years. But in politics it is important not to let the perfect be the enemy of the possible.

If Collins can push her measure through the House of Representatives and Senate, with President Barack Obama's support, it would mark the first significant legislative breakthrough since 1994 when President Bill Clinton obtained support for an assault weapons ban (that the Republican Congress failed to renew in 2004).

Highlighting the importance of the issue of gun control, Rep. John Lewis of Georgia is leading a sit-in of Democrats on the House floor.

When the Senate voted down four bills in the aftermath of the horrific mass killing in Orlando, much of the nation was stunned. Yet few were surprised. "I'm mortified by today's vote, but I'm not surprised by it. The National Rifle Association has a vise-like grip on this place," lamented Democratic Sen. Chris Murphy of Connecticut, who sponsored one of the failed bills. Every single time the nation has lived and mourned through a killing spree of this sort, the NRA and its allies have blocked legislation from passing.

The power of the NRA within Congress has become the prime example of how campaign donations, interest group politics and partisanship converge to prevent elected officials from dealing with one of the major issues of our time. Republicans have been overwhelmingly opposed to gun control. There are numerous high-profile Democrats who have not been much better, though in recent years support within their party has been picking up in favor of regulation.

The President, who has helped to push his party toward a more affirmative stance on gun control, has frequently lamented the broken state of affairs. "There is no other advanced nation on Earth that tolerates multiple shootings on a regular basis and considers it normal," Obama told the comedian Marc Maron on a recent podcast. In January, he warned, "Each time this comes up, we are fed the excuse that common-sense reforms like background checks might not have stopped the last massacre, or the one before that, or the one before that, so why bother trying. I reject that thinking."

If Collins' effort is to succeed, a model can be found in 1957 when then-Senate Majority Leader Lyndon Johnson helped to move a civil rights bill through Congress. Back in the 1950s, a coalition of Southern Democrats and Republicans were the roadblock to the major issue of the day.