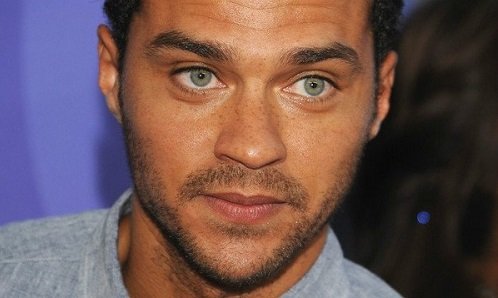 (CNN) — Viewers of Sunday night's BET Awards got so much more than just a celebration of black entertainment and Prince tributes.

The show was politically charged, from its dynamic live performances to winners' calls to action.

Here's what you may have missed:

The superstar singer opened the show with a rousing rendition of her song "Freedom." The performance began with a snippet from Dr. Martin Luther King's famous "I Have a Dream" speech.

Sporting cornrows, Beyonce and her backup dancers performed in a pool barely ankle deep before being joined by rapper Kendrick Lamar who spit his verses on the song before joining the singer in the water.

The song has become an anthem of black pride with lyrics like, "I break chains all by myself/Won't let my freedom rot in hell/Hey! I'ma keep running/Cause a winner don't quit on themselves."

Beyonce has been hailed -- and criticized -- for her alignment with the #BlackLivesMatters movement.

The "Grey's Anatomy" star blew everyone away when he accepted the 2016 BET Humanitarian Award with a speech calling society to task for racism.

Speaking on police-involved shootings of people of color, the actor/activist said he and others have been "looking at the data and we know that police somehow manage to de-escalate, disarm and not kill white people every day."

"So what's going to happen is we are going to have equal rights and justice in our own country or we will restructure their function and ours," said Williams, who was out front during protests in Ferguson following the 2014 shooting death of teen Michael Brown.

Williams went on to add, "We've been floating this country on credit for centuries, and we're done watching and waiting while this invention called whiteness uses and abuses us, burying black people out of sight and out of mind, while extracting our culture, our dollars, our entertainment like oil, black gold."

"Ghettoizing and demeaning our creations, then stealing them, gentrifying our genius and then trying us on like costumes before discarding our bodies like rinds of strange fruit," he said. "The thing is, just because we're magic doesn't mean we're not real."

His speech received a standing ovation and was hailed on social media. Artist Questlove tweeted "Can @iJesseWilliams run in 2016?"

From Usher's "Don't Trump America" shirt to references to Brexit and gun control, this year''s show was one of the most political ever.

Debra Lee, chairman and chief executive officer of BET, was just one of many who urged the audience to vote.

"We all need to take a stand against gun violence," she said. "You can make a difference ... at the city, state, and federal levels, know your politicians' position on gun control. Use your voice and vote."

Actor Samuel L. Jackson, after receiving a Lifetime Achievement Award, said, "Make sure you vote and take eight more people with you to vote."

"Don't get tricked like they got tricked in England," Jackson added, referencing that country's recent vote to leave the European Union.

After a Billboard Music Awards tribute to Prince last month that left many fans unsatisfied, BET vowed to do better.

Sunday night there were multiple tributes throughout the show to the music legend who died April 21 after an accidental overdose of the opioid fentanyl.