Women at highest risk include those who carry certain genes, those with a close relative affected by the disease 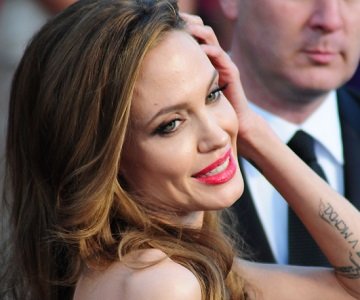 Angelina Jolie at the Hollywood and Highland Center in Hollywood, California on Sunday, February 26, 2012 for the 84th Annual Academy Awards ceremony. Tom Larson/CNN

(CNN) — Fewer than half of ovarian cancer patients survive more than five years after their diagnosis. But new research indicates that preemptive surgery to remove a woman's ovaries and fallopian tubes might benefit more women than previously thought.

According to a recent study by Queen Mary University London scientists, for women age 40 or older with a lifetime risk level of 4% or greater, this operation, in combination with hormone replacement therapy, would provide 43 extra days of life expectancy on average.

Though so few days may seem a very small gain to most people, "this is an average across the population," explained Dr. Ranjit Manchanda, lead author of the study. "It's pretty high in health statistics." An individual woman might live considerably longer.

Ovarian cancer is the most lethal of reproductive cancers in women. According to Manchanda, 152,000 deaths from ovarian cancer occur each year worldwide. Though it affects women of all ages, ovarian cancer is diagnosed most commonly after menopause. The strongest risk factors are older age and a family history.

Women at highest risk include those with a mother, sister or child affected by the disease and those who carry risk genes, including the BReast CAncer genes 1 and 2 (the BRCA genes). Mutations in the BRCA genes account for 15% of ovarian cancers overall, according to the National Cancer Institute.

Actress Angelina Jolie put pre-emptive surgery, known as salpingo-oophorectomy, in the spotlight when she announced last year that she'd had the procedure to cut her cancer risk. Manchanda and his colleagues explored whether it might benefit women at different risk levels, since this operation is considered the best option for preventing disease among women at high risk of developing the disease.

In fact, according to the Society of Gynecologic Oncologists (PDF), three studies demonstrated that carriers of BRCA mutations who undergo pre-emptive surgery have a 71% to 96% reduction in the risk of subsequent ovarian cancer.

Though the surgery is generally safe and may be life-preserving, it is not without complications. The ovaries contain a woman's reproductive eggs and secrete the hormones estrogen and progesterone. Younger women who undergo this surgery will be thrust into early menopause. The chances that a woman might develop heart disease increase after the procedure, and she might face osteoporosis as she ages, since estrogen helps build bones. Also, although the surgery may reduce anxiety, it often increases sexual dysfunction.

"Ovarian conservation before menopause may be especially important in patients with a personal or strong family history of cardiovascular or neurological disease," the Society of Gynecologic Oncologists said. "Conversely, women at high risk of ovarian cancer should undergo risk-reducing bilateral salpingo-oophorectomy."

In the United Kingdom, the procedure is available only to women with at least a 10% lifetime risk of developing the disease. Yet this standard had never been tested for cost-effectiveness, Manchanda explained. So he and his colleagues used a mathematical model to compare preemptive surgery with no surgery for higher-risk women who were at least 40 years old but not yet menopausal.

They turned to national statistics of average life expectancies and years lived in good health for women with and without cancer. The researchers also looked at 2012 prices for surgeries, medication and other health care costs, and they calculated results for different levels of lifetime risk for ovarian cancer. Their analysis showed that preemptive surgery for women at a lifetime risk of 4% or greater would be cost-effective among those 40 or older.

The researchers admit their analysis is weak in that it doesn't include increased mortality data from other cancers. However, they believe their results are, overall, robust.

In light of genome testing technologies and evolving genetic discoveries, "lower-risk" women might use surgery as a cancer risk management and prevention strategy, the evidence suggests. "It could open up possibilities for many women," said Manchanda.