Blackonomics: The silly season is upon us 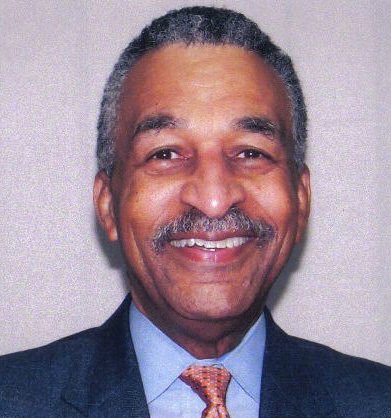 (NNPA) — The “Silly Season,” as many call it, is well under way; and Black people are up to our necks in it. The usual suspects are jockeying for position with certain presidential candidates. They are vying for the Black spokesperson positon, knocking one another down as they rush toward the microphones and cameras. They are acting real silly themselves when it comes to endorsements and support for candidates who use them as sycophants to feed us warmed-over political pabulum.

Of course, the Democrats are the heavy favorites among Black folks, so it’s pretty easy for Black political mouthpieces to do their traditional thing on the Dems behalf and to our detriment, of course. The Republicans only have two or three Blacks asking us to vote for them, despite their candidates never citing Black issues in their speeches. But that’s par for the political course. Both parties are playing us, and the sad part is that some of our own brothers and sisters are helping them. But, that’s our own fault.

We vote for candidates simply because someone famous endorses them. That’s why we see this constant coming out party among Black folks who like either Uncle Bernie or Mama Hillary. One Black commentator said Bernie needs to “tell old civil rights stories” to get more Black votes. Are we so child-like that all it takes is for some celebrity, news commentator, or politician to issue a statement of support for us to fall head-over-heels for a particular candidate? That’s weak and intellectually lazy, y’all. Think for yourself; think independently.

What exactly have we gained from candidates we have supported, endorsed, and worked for in the past? Are we politically and economically empowered? Has there been elected leveraged any “Black-specific” reciprocity, such as what was given to Hispanic, Filipino, Jewish, and LGBT groups? If you are intellectually honest, you know the correct answers to those questions. We give our votes and get virtually nothing in return. How silly is that in the “Silly Season?”

Carter G. Woodson wrote, “It is unfortunate that such a large number of Negroes do not know any better than to stake their whole fortune on politics. History does not show that any race, especially a minority group, has ever solved an important problem by relying altogether on one thing, certainly not by parking its political strength on one side of the fence because of empty promises.”

Black people must work on being economically and politically empowered—in that order, or at least concurrently. We will not win as long as we stay on our present path, which is seeking political empowerment from an economically weak position. Amos Wilson wrote, “Economic powerlessness means political powerlessness. The idea that the African American community can exercise effective power, political or otherwise, without simultaneously exercising economic power, is a fantasy…”

There are several “Black specific” issues, but let’s look at just two: Internal and external reparations. When asked about the “R” word, Hillary Clinton said we need “investments in our neighborhoods” instead of reparations. Investment is great, but the folks in the neighborhoods must have a say in who gets the development contracts and the jobs that come along with investment. Internally, Black folks must start and grow more businesses and support them with our dollars.

Bernie Sanders says Blacks “need jobs” not reparations. In an interview in Iowa Bernie said, “[Reparations] likelihood of getting through Congress is nil; second of all, I think it would be very divisive.” Japanese, Filipino, and Jewish reparations were not divisive? Feeling “Berned,” y’all?

What we “need” is to be paid for the jobs Blacks used to have, as we talk about creating more jobs. After enslavement, Black people were laid off with no severance package, 401-K, or extended benefits. We “need” our well-deserved “back pay.” Reparatory justice is not a panacea, but it sure would give us a boost. Internally, Black people must circulate our own $1.2 trillion aggregate income among ourselves, and stop exchanging it for everything someone else makes. We must produce more and consume less.

Have you ever been sent to someone else’s job to pick up their check because that person was unable to do so? It’s the same thing with reparations. Malcolm said, “If you are the son of a man who had a wealthy estate and you inherit your father’s estate, you have to pay off the debts that your father incurred before he died. The only reason that the present generation of White Americans are in a position of economic strength…is because their fathers worked our fathers for over 400 years with no pay. Your father isn’t here to pay. My father isn’t here to collect. But I’m here to collect, and you’re here to pay.”

In this silly season, confront candidates with substantive issues rather than symbolic gestures.