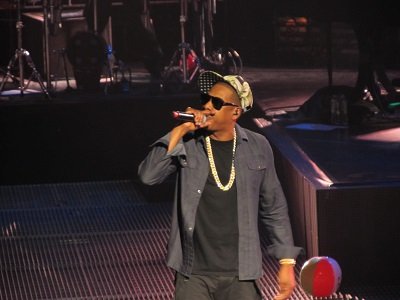 The suit was filed in federal court in New York on Saturday by John Emanuele, half of the duo American Dollar.

Jay Z has attracted some high profile artists to Tidal, such as Kayne West, Rihanna and Taylor Swift, to the site with his claim that it would be better for artists than other services such as Spotify and Apple Music. He said it would be owned by the artists That claim is mocked by the lawsuit.

But a spokesmen for Tidal said the service is up to date on all royalty payments it owes to Emanuele and all other artists and that the suit is without merit The service said the songs were streamed very infrequently while on the service and have now been removed.

"This claim serves as nothing other than a perfect example of why America needs tort reform," said the service.

The suit charges that no matter how Tidal is treating some of its big name stars, it is ripping off independent artists whose songs are on the service.

"Defendants made a calculated business decision to avoid the cost of complying with the law," the suit charges. "Instead, defendants entered into blanket licenses that cover most of the songs in their library, but ignored the 35% made up of independent artists."

The suit says that Emanuele holds copyrights on 118 songs, and that Tidal owes him $150,000 per song, or $17.7 million. But the suit seeks class action status on behalf of other artists on Tidal.