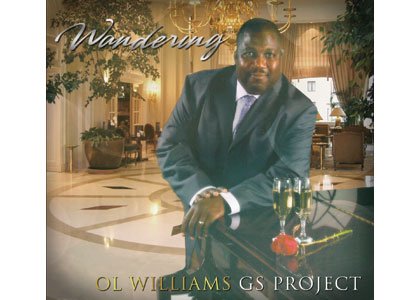 Baltimore Gospel artist OL Williams, who has been entertaining audiences for over 40 years, will headine the full-figure fashion show at Positive Youth Expressions Educational Institute on Saturday, March 12, 2016 in Baltimore. (Courtesy Photo)

BALTIMORE — For lifelong Baltimore resident OL Williams, music is a passion that developed decades ago when he was just 13.

After honing his skills with some of the industry’s most accomplished artists like Charlie Thomas of the Drifters, the R&B group the Swallows, and the Panama Band; Williams formed his own band and has been performing for more than 40 years.

On Saturday, March 12, 2016, the OL Williams GS Project— which stands for God’s Special Project— will headline a full-figure fashion show at Positive Youth Expressions Educational Institute at 200 N. Bentalou Street in Baltimore. The 4 p.m. event is free and open to the public.

“This should be a real, real nice event. It’s a full-figured fashion show and there will be a comedian and we’ll be doing our upbeat music,” said Williams, whose father helped to teach him to play the piano and he later studied music at the then-Community College of Baltimore.

Williams has been the recipient of more than 14 music citations, including from the Baltimore mayor’s office, City Council and Maryland’s governor’s office.

“Being that we’re a gospel group, our music is the kind that will reach those young and old because it’s cheerful and, believe it or not, you can dance to it as well,” Williams said. “We just want to get out there and give a good message, a positive message, and have people enjoy themselves.”

Among the selections Williams will perform is his group’s signature song, “Jingle to His Love,” which Williams calls a happy song. The group will also perform “The Lord’s Business” and “I’ll Dance for You.”

“The song, ‘The Lord’s Business,’ is a song that when you hear it, it has got a little bit of everything in it. It’s heavy on the R&B side but delivers a great message,” Williams said. “With ‘I’ll Dance for You,’ we usually get the audience up and clapping. We also have a dance step for that song where everyone gets up and participates.”

He says he is looking forward to performing his music in front of a hometown crowd.

“I’m just excited,” Williams said. “This should be fun and we hope people will come and just enjoy themselves.”