5 takeaways before the Fed's big day 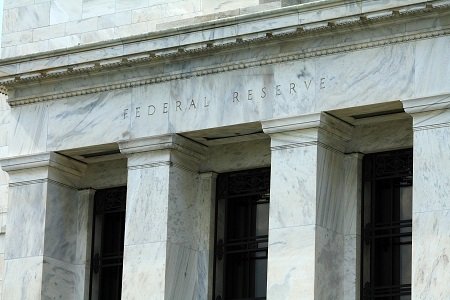 The Eccles Building in Washington D.C. houses the Bord of Governors of the Federal Reserve System. (Photo: Floyd Yarmuth/CNN)

The Federal Reserve is digesting all the craziness of the start of 2016 at its two-day meeting, underway Tuesday. The Fed's committee will announce its plan for interest rates and its outlook on the U.S. economy at the end of its meeting.

The Fed's decision on interest rates comes at 2 p.m. on Wednesday and Fed Chair Janet Yellen speaks to the media at 2:30 p.m.

Here are 5 takeaways to know before the Fed's big announcement.

1. Nobody is expecting a rate hike

Seriously, investors are betting there's a 0% chance of the Fed raising rates at its current meeting, according to Fed fund futures tracked by CME Group.

The Fed raised rates in December for the first time in nearly a decade. Its committee projected that it would raise rates four times in 2016. But after all the market volatility at the beginning of the year, fears of a ripple effect from China's slowdown and falling oil prices, it appears the Fed could change its expectations on future rate increases.

After all, central banks in Japan and Europe are implementing negative interest rates, which could inspire the Fed to pump the brakes a little.

The big key will be the Fed's forecast for the economy and rate hikes. The Fed estimates are presented on a "dot plot" -- which is literally a chart with dots indicating where each member of the committee believes interest rates will be in a year.

Right now, the Fed's key interest rate is at about 0.25% -- really low. And most Fed leaders expect rates will be at 1.25% by the end of 2016, which would mean implementing about three or four rate hikes this year alone.

However, those projections could change significantly and investors will be on the lookout for this key chart. The dot plots could move markets on Wednesday.

Yellen and her Fed colleagues are already happy with America's job market. The unemployment rate is 4.9%, which is very good. Many Americans are finding work and there are signs that wages are starting to go up.

What's been missing for years is inflation. The Fed wants to see inflation hit 2%.

Yellen has said the Fed only needs to see inflation move towards 2% to raise rates more. And that's exactly what's been happening in the last three months. Inflation is only at about 1.3%, but it has steadily increased.

To better understand the Fed's rate hike plans, the key is to listen to how optimistic or pessimistic Yellen is on inflation.

Investors hang on to her every word. And more recently, they like what she's saying.

Yellen and her colleagues don't want to surprise markets. Surprises cause uncertainty, which usually leads to a market selloff.

When the Fed raised rates on December 16, the Dow bounced up 224 points. (True, it dropped sharply the next two days but it also made back much of the losses in the following week).

And In October too, the Dow rallied after the Fed's meeting.

"I certainly don't think they're going to do anything that's going to upset the markets," says Mark Heppenstall, chief investment officer at Penn Mutual Asset Management.

5. Rate hike around the corner

We almost certainly won't get a rate hike Wednesday, but investors believe there's a 50% chance of a rate hike in June. It's also possible that the Fed raises rates at its next meeting in April. It all depends how good (or bad) the U.S. economy gets going forward.