The growing danger of mixing prescription drugs and supplements 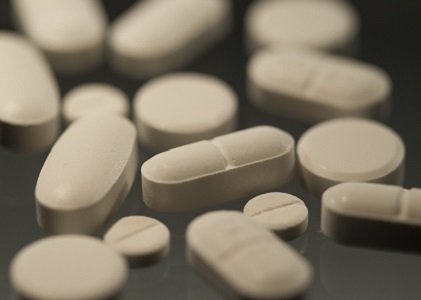 A growing number of older adults are combining multiple prescription and over-the-counter medications and supplements in ways that could lead to serious side effects, according to a new study. (Mark Hill/CNN)

(CNN) — A growing number of older adults are combining multiple prescription and over-the-counter medications and supplements in ways that could lead to serious side effects, according to a new study.

A common prescription drug, for example, is warfarin, a blood thinner. But combining it with a supplement such as omega-3 fish oils, which skyrocketed in popularity during the period of the study, increases the risk of bleeding for certain patients.

The number of older adults taking at least one prescription medication or dietary supplement rose between 2005 and 2011, while over-the-counter medications became less prevalent.

The researchers used a database of reported and predicted drug interactions to determine whether the 20 most common prescription drugs and supplements used by the participants in their study were predicted to cause an adverse reaction when taken together.

They found that 16 combinations of prescription medications, over-the-counter drugs and supplements were predicted to increase the risk of adverse reactions, most commonly bleeding. The number of adults taking one of these combinations also increased during the study period, from 8.4% to 15.1%.

"We are trying to improve access to essential prescription medications like statins that could prevent heart disease and improve survival, but we are not prioritizing enough how safe these medications are in the context of all the prescription and nonprescription medications older adults are using," said Dima M. Qato, assistant professor of pharmacy systems, outcomes and policy at the University of Illinois at Chicago. Qato is the lead author of the study, which was published on Monday in the journal JAMA Internal Medicine.

Although doctors are better able to treat chronic conditions with the expanding number of medicines available, each time they prescribe a new medication they should ask about everything else the patient is taking. "We are often treating conditions in a silo," Qato said.

The most common prescription meds were cholesterol-lowering Zocor (simvastatin) and blood pressure medications such as Prinivil (lisinopril) and Microzide (hydrochlorothiazide), all of which became more common during the study period. In the supplement category, along with fish oil, there was a sharp increase in the use of vitamin D and vitamin E.

The rise in prescription drugs did not come as a surprise, Qato said. In addition to many new medicines entering the market, more and more drugs are becoming available in cheaper generic versions, such as simvastatin. Medicare Part D went into effect in 2006, providing insurance coverage to older adults for prescription drugs, which could also have played a part, Qato said.

What did come as a shock to Qato and her colleagues was that so many people are taking supplements, in particular omega-3 fish oils. The number of adults taking fish oil supplements, which are touted as good for your heart, rose from 4.7% in 2005 to 18.6% in 2011. "There's very limited evidence of their clinical benefits, and for omega-3s specifically there's no evidence of their cardiovascular benefits," Qato said.