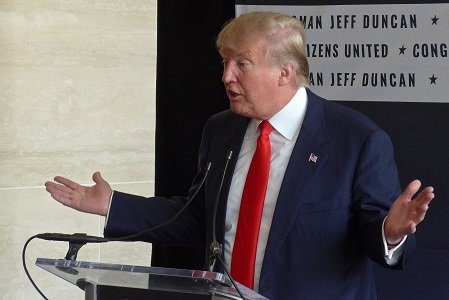 (NNPA) — I have repeatedly heard many of the talking heads in Washington, D.C. and the Republican establishment accuses Donald Trump and his presidential campaign of engaging in a hostile takeover of the Republican Party. I agree with them. 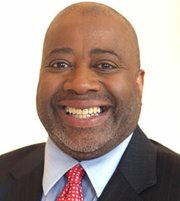 Having received my undergraduate degree from Oral Roberts University in tax accounting, let’s define what is a hostile takeover.

According to Investopedia, “a hostile takeover is the acquisition of one company (called the target company) by another (called the acquirer) that is accomplished not by coming to an agreement with the target company’s management, but by going directly to the company’s shareholders or fighting to replace management in order to get the acquisition approved.”

Investopedia continues, “the key characteristic of a hostile takeover is that the target company’s management does not want the deal to go through.”

Typically a company is targeted for a hostile takeover when their assets are considered to be undervalued. Trump sees the Black community as an undervalued asset within the Republican Party.

Unfortunately, many in the party see no value in the Black community because they don’t think they will ever vote Republican. These are the consultants that go from one losing campaign to another, doing the same thing, and wonder why they never win an election.

In 2016, you still have people in the party that believe if you seek the Black vote it will alienate White voters, therefore they should ignore the Black vote.

Trump sees the Republican Party and the Black vote as an undervalued asset and its management totally incompetent. He is right on both counts.

The Republican Party, as currently constituted, is the party of old White men. Trump sees a great opportunity to expand the party’s market share by cultivating substantial relations with the Black and Hispanic communities, not just with words, but also by his actions.

Yes, Trump does say some incendiary things and can be quite impolitic at times. But like anyone who is thrust from high school to the NBA, there will be some growing pains and many unforced errors (LeBron James, Kobe Bryant).