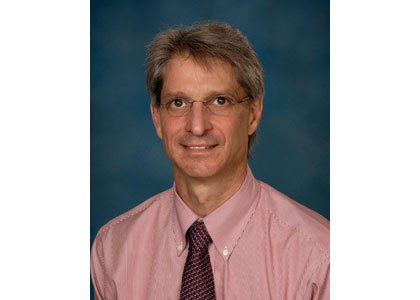 Dr. Jonathan Bromberg, Chief of the Division of Transplantation at UMMC and Professor of Surgery, Microbiology and Immunology, University of Maryland School of Medicine. Courtesy Photo/UMMC

Although African Americans comprise about 13 percent of the population in the United States, they represent 34 percent of the patients waiting for a donor kidney, according to the U.S. Department of Health and Human Services.

Today, the University of Maryland Medical Center’s longstanding national prominence in organ transplantation has been further elevated with its recent status as the leading center in the United States for performing kidney transplants in African Americans.

Data from the United Network for Organ Sharing shows UMMC performed more kidney transplants in African Americans in 2014 than any other center in the country— a total of 128, including both living and deceased donors.

These patients represent just under half of the 270 total kidney transplants done at UMMC that year, said Dr. Jonathan Bromberg, chief of the Division of Transplantation at UMMC and a professor of surgery, microbiology and immunology at University of Maryland School of Medicine.

“We are aggressive about accepting donor organs and aggressive about helping people to become active candidates on the list. We are very active in community outreach to ensure everyone gets a shot at transplant,” Bromberg said.

Between January 1, 2011, and December 31, 2015, the UMMC transplant team performed 624 kidney transplants for African-American recipients, more than any other program in the country. In 2014, UMMC topped the list of transplant centers, with 128 African American kidney transplants, and in 2015, UMMC had the third largest total.

UMMC’s efforts to offer specialized kidney transplants have helped increase the donor pool to its patients. The medical center is among a small handful of medical centers that transplant type A2 cadaver kidneys— a subtype of the highly common blood type A— into kidney failure patients with type B blood, which is particularly common in African Americans.

Also, UMMC does more kidney transplants for African Americans than even its peer institutions nearby, from Philadelphia to Washington, D.C., who serve the same patient population or similar numbers of African Americans, according to Dr. Bromberg.

UMMC transplant clinicians also employ their expertise in discerning which family members of kidney transplant hopefuls can successfully provide a kidney to their loved one without putting their own health in jeopardy, according to Bromberg.

Since conditions such as obesity, diabetes and high blood pressure can run in families, “Our expertise comes in having very good, stringent screening so we’re not accepting some younger donors and putting them at risk of developing renal disease later in life,” he said.

“We also have a long discussion with family members about the risk,” Bromberg said “We don’t want to put any potential donor at significantly increased risk of having a bad outcome 20, 30 or 40 years later … they might need that kidney.”

For more information and further details about kidney transplantation, see this link to the University of Maryland Medical Center website: http://umm.gd/1SzH5bZ.