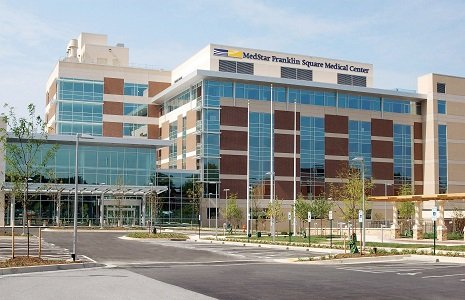 The FBI is looking into what caused a computer outage at MedStar Health, a large Maryland chain with 10 hospitals and several dozen clinics. (Courtesy of Medstar Health)

NEW YORK (CNNMoney) — The FBI is looking into how a computer virus infected systems at MedStar Health, a large Maryland chain with 10 hospitals and dozens of clinics.

"Early this morning, MedStar Health's IT system was affected by a virus that prevents certain users from logging into our system," the hospital chain announced on its Facebook page Monday.

"MedStar acted quickly... to take down all system interfaces to prevent the virus from spreading throughout the organization," it explained.

The yet-unidentified computer virus is forcing the hospital chain to rely on paper documents and some backup computer systems, the company said.

David Fitz, a spokesman for the FBI's office in Baltimore, told CNNMoney that "the FBI is aware of the incident and is looking into the nature and scope of the matter."

Fitz said the FBI was made aware of the issue on Monday afternoon.

MedStar did not immediately return calls to CNNMoney.

MedStar has several locations in and around Baltimore. The hospital chain reported treating 4.5 million patients during its 2015 fiscal year.

There's heightened attention to cyberattacks now. In recent months, several American hospitals have been tossed into chaos after having their computers infected by hackers.

The weapon of choice has been ransomware, a particularly nasty type of computer virus that encrypts digital files. Hackers don't give you a key to unlock documents until they are paid a ransom.

In mid-March, hackers attacked Methodist Hospital, an averaged-sized medical facility located in western Kentucky. They forced it to operate "in an internal state of emergency" for five days. Methodist Hospital refused to pay the ransom, instead shutting down the infected part of the computer system and relying on backup copies of the information stored elsewhere.

In February, the Hollywood Presbyterian Medical Center paid a $17,000 ransom in bitcoins to get its computer systems back up and running.

Several other American hospitals have also been hit by ransomware in recent weeks.