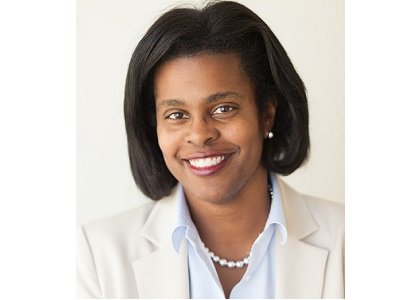 Dr. Santelises, 48, who is currently Vice President for K-12 Policy and Practice at The Education Trust, a Washington, D.C.-based non-profit focused on closing the achievement gap, will start July 1, 2016. She replaces Dr. Gregory Thornton who will depart as chief executive of Baltimore City Public Schools this week.

In the interim, Tammy Turner, General Counsel for the Baltimore City Public School System, has been named acting CEO through June 30. She has been General Counsel with the school system since 2006.

Prior to joining The Education Trust, Dr. Santelises was the Chief Academic Officer of Baltimore City Public Schools from 2010 to 2013.

“We believe Dr. Santelises is the person to lead Baltimore City Schools for the next 10 years,” said Marnell Cooper, Chairman of the Baltimore City Board of School Commissioners. “The board recognizes that the work Dr. Santelises performed as Chief Academic Officer in Baltimore set us in a direction where the students were improving. We believe her most recent experience at The Education Trust in Washington has given her an even broader perspective and will result in greater academic achievement in Baltimore City.”

Dr. Santelises, who lives in Baltimore with her husband and three daughters, said City Schools “has the potential of providing not only an excellent education for its young people, but can launch the next generation of leaders in Baltimore City.”

“Education can unlock the hidden and overlooked talent residing in every neighborhood in Baltimore City,” she said. “When I drive in West Baltimore I see future lawyers, doctors, teachers, artists, nurses and business owners. If we can change direction in Baltimore schools, then it shows that education can be a positive force rather than an impediment to empowering young people and the community. I have always believed that education is a powerful lever.”

Dr. Santelises said she will work to keep communities engaged, make sure students’ voices are heard and encourage teachers and principals to lead. “The community should experience schools as their own and not an instrument of some distant bureaucracy,” she said. “I come in assuming this work is about building a team toward that larger vision.”

Cooper praised Dr. Thornton, who he called tireless in his efforts to improve the school system and its financial foundation. “In a short time he made progress, cutting costs and helping the system save millions by insisting on an independent audit of our health insurance,” Cooper said.

He noted that Dr. Thornton drafted City School’s first five-year strategic plan, which will be used by the next CEO. He championed the Community Eligibility Program making free breakfast and lunch available for all students regardless of income and increased student participation in the program by 20 percent. He also launched the Reengagement Center to help students who have dropped out transition back to school.

Cooper said the board and Dr. Thornton discussed in December modifying his contract. As a result, the board set into motion a plan that would prepare the district for a change, which ultimately resulted in a settlement agreement with Dr. Thornton that was reached amicably.

The board began a directed search for a CEO that had a national pool of candidates. It hired a Baltimore-based consulting firm to evaluate the candidates. The board interviewed eight candidates and after a rigorous vetting process, unanimously selected Dr. Santelises.

Information about the search was restricted to the Board of Commissioners only. “This was a situation involving peoples’ careers and we didn’t want rumors spreading. We had an obligation to keep our discussions with Dr. Thornton and with all of the candidates confidential,” Cooper said. “We also did not want to distract the school district, so our teachers and principals could focus on giving students the best possible education.”

Dr. Santelises lectured on urban education at Harvard University, and from 2000 to 2006 she was a Senior Associate with Focus on Results Inc., an education consulting firm where she oversaw school improvement and leadership training in three urban school districts serving from 18,000 to 55,000 students.

She also served as Executive Director of the New York City Algebra Project, an acclaimed national math reform program, and from 1992 to 1995 she taught at Decatur Clearpool School in Brooklyn, N.Y., where she was a curriculum specialist and oversaw the founding of the middle school.

Dr. Santelises’ career in academia began in 1989 when she joined Teach for America, New York, as National Director of Professional Development and National Teacher Placement. A Phi Beta Kappa graduate of Brown University, Dr. Santelises holds a Master of Arts Degree in education administration from Columbia University and a Doctor of Education in Administration, Planning and Social Policy from Harvard University.