Why Mark Zuckerberg is excited about Nigeria 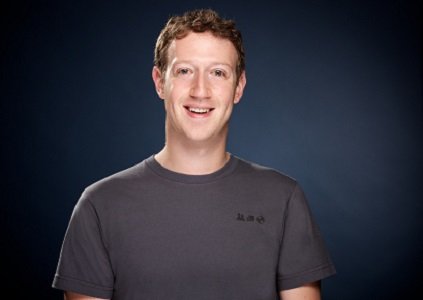 (CNN) — You know you're doing something right when Mark Zuckerberg namechecks you.

That's exactly what happened to Jobberman founders Opeyemi Awoyemi, Olalekan Elude and Ayodeji Adewunmi on May 10 when the Facebook founder used the three men as an example of innovation in Nigeria.

Awoyemi, Elude and Adewunmi founded the job site in their dorm room at Obafemi Awolowo University, Nigeria in 2009.

Their mission was to build the largest catalog of jobs in Nigeria. Today, 5,000 job applications go through the site every day.

"That has clearly influenced our mission. We expend most of our resources on job matching via our online platforms, we are also exploring partnerships with government and philanthropic organizations to power career advice centers in cities and universities in Nigeria."

Despite the success of the site, a name-check from an international tech leader can't hurt.

In the first year, Jobberman became one of the most visited websites in the country, and operations were moved to Lagos -- closer to the business and big employers the team wanted to target.

When Zuckerberg mentioned Jobberman, he was making an announcement about a new partnership with Airtel Africa called Internet.org Free Basics in Nigeria, which will allow Nigerians access to news, health information and other services without having to pay for data on their mobile devices.

"Free Basics is now live in more than 40 countries, and half of those are in Africa," Zuckerberg explained in a Facebook post.

"Over the next few months, we'll be doing even more to connect developers with people who can use their apps -- and partner with local companies to bring internet to people across Africa who don't have access to mobile networks."

How to be the next Jobberman

Zuckerberg finished his announcement with a telling statement: "I'm excited to see what Nigerians build next!"

Awoyemi has an idea of what that might be.

"I think the next big thing from Nigeria will solve a key global challenge in one of power, clean water, health, inclusion or agricultural linkages.

"My advice to anyone trying to build an online business is to understand that you cannot separate 'online' from 'offline'.

"The majority of Africans are still very much offline and have not harnessed the internet's full potential.

"As such the internet is what enables you to scale and grow very quickly, but the offline connection still needs to be harnessed to move people online.

"My bet is Facebook understands this fact very clearly as well."