ASK ALMA: My friend is cheating on his GF with my BFF 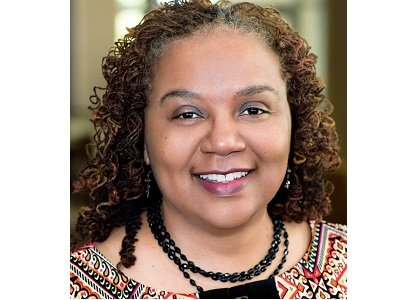 A male friend of mine moved to my city for a six-month work assignment. To welcome him to the area, I took him to dinner and introduced him to my local friends. Well, I just learned that he has been having a sexual relationship with a sorority sister, who’s also my best friend. I am uncomfortable with this situation because my male friend has a live-in girlfriend who has been with him for over eight years. I feel like I need to say something, especially now that his assignment may be extended and his live-in girlfriend is planning a visit. My girlfriend says she knows it’s temporary and that she plans to break up with him before his significant other arrives. She also confided to me that he told her that he loves her, but cannot leave his live-in girlfriend and doesn’t know what to do. She is not a dumb girl. She’s an attorney, and she’s got it going on. I’m shocked this happened. Do you think it‘s really love? Should I get involved or mind my business?

Stuck in the Middle

Dear Stuck in the Middle,

If this were my BFF Dee, I would say something like this: “What the hell…Really!! Chile Please!” LMBO. Nah, I’m just kidding. Don’t do that. I’m a firm believer in what my mama use to say: “You catch more flies with honey than you do with vinegar.” You want to get her attention, so confront her in a manner that she can embrace.

I can sense the pride and admiration you have for your friend when you talk of her accomplishments. Granted, one’s occupation doesn’t exempt them from making unwise decisions. Anyway, your attorney-girlfriend is rationalizing her actions by thinking she’s really not being a skank, because technically he’s not married. And since technically he’s not married, she can follow this yellow brick road and see where it leads.

Step up to the bench, my sistah, so you can hear me when I say this ain’t Kansas and, no, Sweetie, he’s not in love with her. He’s in really, really like, and I don’t blame him. He’s found a really smart woman to spend quality time with while he’s away from home. He offered her his live-in truth and she accepted it.

Sometimes we enter a “going nowhere fast” relationship for the sake of not being alone. But truth be told, you can be in a relationship and still be lonely. As a matter of fact, I’d say that hurts more than being alone.

Explain to your friend that recognizing her true treasures within allows her to be prepared when a mature man comes along. A mature man will offer her the proper love, commitment and devotion she deserves. It’s time to cut it off. Don’t wait for his main squeeze to visit. Do it now.

Remind her that she should never settle for a second-hand man.

Reach out, give her a fist bump and say: “Stop stumbling in the dark with Mr. Wrong, girl, when you could be dancing in the light with Mr. Right!”

Now that’s exactly what I would say to my BFF Dee.