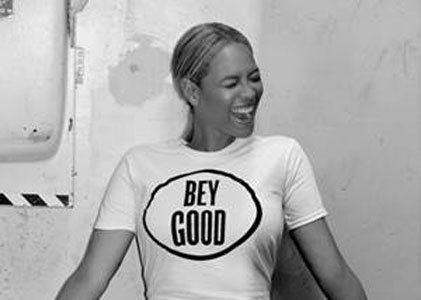 Beyonce and the United Way of Central Maryland are turning lemons into lemonade this summer. (Courtesy Photo)

Those who register will automatically be entered to win two tickets to Beyoncé’s Baltimore concert on June 10, 2016, which will feature songs from her new album, “Lemonade.” Three pairs of tickets will be awarded and winners will be announced on June 3, 2016.

Part of a nationwide effort to strengthen communities, United Way of Central Maryland has aligned with Beyoncé’s #BeyGOOD initiative. Throughout the course of the tour, fans are coming together across the country to make a difference in their communities.

To register, individuals must text the keyword “LEMONADE” to 51555 or visit www.uwcm.org/lemonade and submit the form. Registrants are encouraged to invite friends to be their “+1” and sign up to volunteer together. If an individual you refer adds your name as a referral in their registration, United Way will sweeten the deal by adding your name into the drawing twice.

Beyoncé’s #BeyGOOD initiative will support local United Way programs nationwide, and the work of United Way of Genesee County, which continues to respond to the water crisis in Flint, Michigan.