Liberals fumble the ball when it comes to the Redskins 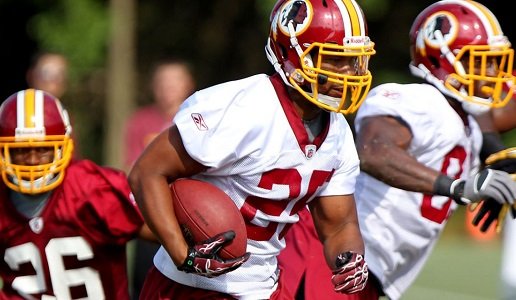 The Redskins play the Buccaneers in Washington, D.C. on November 16, 2014. (Keith Allison/Wikimedia Commons)

(NNPA) — I constantly tell my readers to always remember the key tenant of liberalism is “intent, not result.” To a liberal, the ends always justify the means.

Now I want to paint several scenarios for you.

You go to a restaurant and tell your server you want seafood, but yet they insist on trying to get you to have a steak.

You go to vote and you tell the election official that you want a Republican ballot, but they try to convince you to take a Democratic ballot.

You go to buy orchestra tickets for a concert, but they try to get you to buy seats in the upper balcony.

Liberal orthodoxy implies that they know what you want more than you do, therefore, they should be able to force you to take what they are offering you.

So, I was not surprised in the least at the reaction of liberals last week to a major poll that was released about the Washington Redskins of the National Football League (NFL).

Over the past ten years or so, liberals have been on a national shaming campaign to force sports teams to change the names of any mascot “they” deem offensive, even if the supposed offended group is not offended.

The Redskins have come under enormous pressure from the N.F.L., President Obama, many in Congress, even the mayor of Washington, D.C., Muriel Bowser, to change the team’s name.

The last time I checked, the Redskins are a private corporation and receive no government funds; thus can do what the hell they want to do with their name. If you have an issue with their name, don’t attend their games or watch them on TV.

But, please don’t tell a private entity what they can and cannot do.

Liberals have been claiming that the name Redskins is offensive to Indians; therefore the name should be changed. Since the Redskins’ owner, Daniel Snyder has resisted the pressure to change the team’s name; liberals have branded him a “racist.”

Liberals became apoplectic last week when a poll came out indicating that 90 percent of Indians did not view the name Redskins as offensive to their community. Yep, you heard right.

According to an article in the Washington Times newspaper, “Opponents of the Washington Redskins name struggled to justify their opposition Thursday after an independent poll showed that fully 90 percent of American Indians surveyed said the name doesn’t offend them.

The results of the survey of 504 American Indians by The Washington Post were identical to those of a 2004 Annenberg Public Policy Center poll, meaning that a decade’s worth of advocacy by top progressives and media outlets against the Redskins name has moved the needle not a whit.