It's OK to let your baby cry himself to sleep, study finds 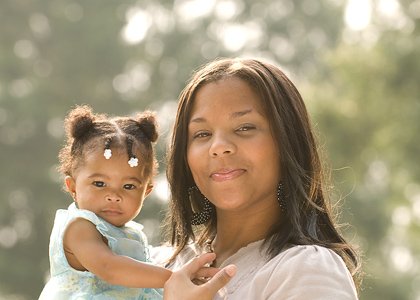 (CNN) — Many new parents long for a full night of glorious, uninterrupted sleep yet shudder at the thought of letting their baby "cry it out," the sleep training method in which parents allow babies to cry themselves to sleep. But a new study adds support to the idea that the method is effective and does not cause stress or lasting emotional problems for babies.

Researchers in Australia worked with 43 sets of parents who had babies between 6 and 16 months of age and who had a common complaint: Their child was having problems sleeping. The researchers taught about a third of the parents about graduated extinction, a technical term for crying it out. Parents were asked to leave the room within a minute of putting their child to bed and, if their children cried, to wait longer and longer periods of time before going back to comfort them.

Another third of the parents were asked to try a newer type of sleep training called bedtime fading. In this approach, parents put their infant to bed closer to the time he or she usually fell asleep and could stay in the room until the child dozed off.

The rest of the parents, the control group, did not attempt sleep training and instead received information about infant sleep.

These improvements would probably be important for parents in more ways than one, said Michael Gradisar, associate professor of psychology at Flinders University in Adelaide, Australia.

"What our data probably do not capture is the peace of mind surrounding bedtime that we see when we work with families," said Gradisar, lead author of the study, published Tuesday in the journal Pediatrics.

The researchers found that the graduated extinction, or cry it out, group also bested the fading approach in other measures during the three-month intervention, including the number of times babies awoke during the night and their total sleep time.

Marsha Weinraub, professor of psychology at Temple University, agrees that the gains in sleep would help both babies and parents. "When you are waiting for your baby to go to sleep, every minute counts," said Weinraub, who was not involved in the new study.

Although the new fading technique seems to be effective, it is less effective than graduated extinction, and parents may want to try the latter approach if they are comfortable with it, Weinraub said.

Sleep training did not stress out babies

The most important aspect of the study, Weinraub said, is that both sleep training techniques seem safe for babies in the short and long term. The researchers found that the levels of cortisol, a stress hormone, were lower in the babies in during sleep training interventions. Moreover, one year after the interventions, the babies did not show signs of being more attached to their parents, nor did their parents report more behavioral problems compared with the babies in the control group.