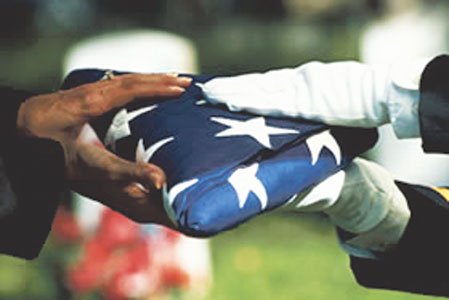 The National Memorial Day Concert will be broadcast live on PBS, on Sunday, May 29, 2016 at 8 p.m. The free concert takes place right on the Capitol’s West Lawn.

During the concert, local Bowie, Maryland resident and hero, Jack Farley’s story of service and sacrifice will be featured.

At the height of the Vietnam War, 1st Lt. Jack Farley (Class of ’64) found himself serving his country halfway around the world in a foreign land. Farley was one of 1.7 million U.S. servicemen drafted and sent to Vietnam between 1965 and 1973. Farley and his platoon were engaged in search and destroy missions, hunting an elusive enemy through thick jungles and sodden rice paddies. On January 10, 1969, Viet Cong forces unexpectedly began to shell Farley’s fire support base with mortar fire. One of the shells exploded next to him, sending shrapnel into his body. For Farley, his toughest battle would be in the months and years ahead. His right leg was amputated above the knee, but he refused to let that injury define him for the rest of his life. He would go on to help a future generation of wounded veterans.

For almost three decades, PBS has inspired viewers with the annual broadcast of the multi-award-winning National Memorial Day Concert dedicated to the men and women in uniform, their families at home and all those who have given their lives for our country. The night of remembrance will honor the over 400,000 valiant men and women who are laid to rest in the hallowed grounds of Arlington National Cemetery and chronicle the experiences of the millions of American veterans who still suffer from the seen and unseen wounds of war.