Report: Mauritania is no longer the world's slavery capital 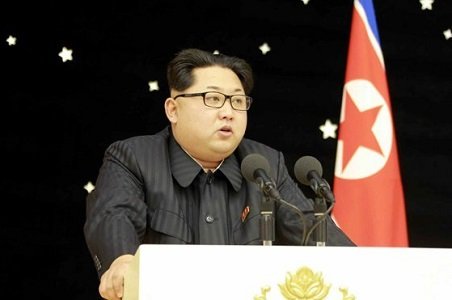 (CNN) — Mauritania, the West African country long thought to be home to the world's highest percentage of enslaved people, no longer holds that lamentable title, according to a report released late Monday.

The Walk Free Foundation's slavery index says the percentage of people living in modern slavery in Mauritania dropped from 4% in 2014 to about 1% this year. The country, which CNN featured in the 2012 documentary "Slavery's last stronghold," now has the world's seventh-highest incidence of slavery.

North Korea ranks worst on the index. Nearly one in five people there are thought to be enslaved.

"Slavery is not a thing of the past, and we must stop thinking that it is," the Walk Free Foundation said in a statement issued to CNN. "The very nature of modern slavery means it is clandestine and hidden from view, but that doesn't mean it isn't everywhere. Every country in the world is affected."

Globally 45.8 million people are held in slavery, according to the report, which is based on random surveys in 25 countries, including Mauritania, and statistical modeling. That's a 28% uptick since the group's last slavery index report was released in 2014. But Fiona David, the Walk Free Foundation's executive director of global research, cautioned against reading too much into that increase or the decrease in slavery's prevalence in Mauritania. The group's ability to estimate the prevalence of slavery is improving over time, she said, so the trends may result in part from better stats.

"It's too early for us to say whether or not there's been an absolute increase," she said.

The group uses computer models to estimate the prevalence of slavery in countries where it was unable to do surveys. That process of risk assessment has "gone from horse and cart to having a car on the road" in terms of its sophistication, David said. "What we can categorically say," she added, "is we have a better picture (of the prevalence of slavery worldwide) than we've ever had before."

The Walk Free Foundation defines slavery as "situations of exploitation that a person cannot refuse or leave because of threats, violence, coercion, abuse of power or deception."

The nonprofit worked with Gallup to conduct in-person surveys in Mauritania for the first time, David said. Of the 1,000 people interviewed in Mauritania, 37 -- or 3.7% -- said they had been subjected to forced labor or were forced into marriage, according to the report. The percentage was adjusted to ensure the random sample represented the demographics of Mauritania, David said, arriving at this year's 1% figure.

When CNN reported on slavery in Mauritania in 2012, experts, including Gulnara Shahinian, then the U.N. special rapporteur on modern forms of slavery, estimated 10% to 20% of the population was living in modern forms of slavery. With echoes of pre-Civil War America, slavery is still hereditary in parts of the vast country, with mostly darker-skinned black Africans being enslaved by lighter-skinned Arabs.