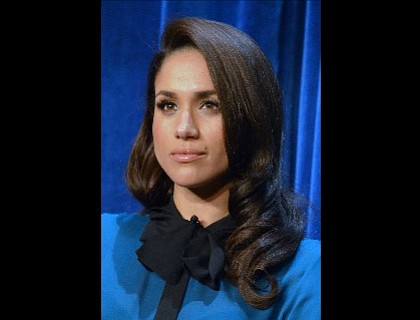 There's a royals watch on Meghan Markle. The up-and-coming American actress is now standing under a bigger spotlight since news of an alleged relationship between her and England's most eligible bachelor, Prince Harry, broke over the weekend. Wikipedia

The up-and-coming American actress is now standing under a bigger spotlight since news of an alleged relationship between her and England's most eligible bachelor, Prince Harry, broke over the weekend.

Markle has since become a trending topic on Google, she's on the cover of this week's Us Weekly and People magazine claims an engagement is "certainly a possibility." Meanwhile, Markle is not commenting and Kensington Palace is staying mum.

While the world tries to decipher Markle's recent Instagram post of two bananas hugging, here are a few facts about the beautiful brunette and possible royal in waiting.

Markle grew up in Los Angeles and graduated from Northwestern University with a degree in communications. She's talked about struggling with her ethnic identity as a child. Last year, Markle wrote a column for Elle saying she also found it difficult to land roles. "I wasn't black enough for the black roles and I wasn't white enough for the white ones," she wrote. "Leaving me somewhere in the middle as the ethnic chameleon who couldn't book a job."

When not acting, Markle focuses her energy on her lifestyle website, The TIG, where she shares recipes and tips for fitness and travel. She's also a United Nations advocate for women and has worked with the Clean Water Campaign.

She's a divorcee. Markle was married to film producer Trevor Engelson for two years. The couple divorced in 2013.

Markle is a dog lover. The actress often shares photos of her two rescue dogs on Instagram and advocates for others to adopt pets too.