Early voting is critical to our democracy 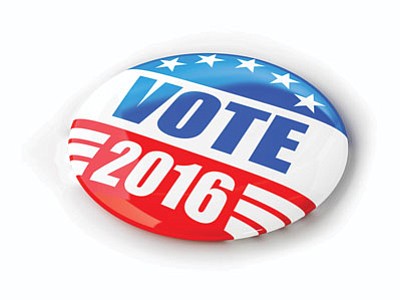 Rosetta Perry, the publisher of The Tennessee Tribune, says that if early voting is available in your community, you should take advantage of it. ClipArt.com

BALTIMORE (NNPA) — Early voting has already begun in some 37 states and the District of Columbia. Yet, many blacks remain unaware of this option, or of the benefits it offers. However, the folks who want to suppress the black vote sure know about it.

One of the first things done in North Carolina was to cut back on options for early voting, as well as hours polling places would be open, and spots where people could go. Fortunately, a federal court not only struck down the state's discriminatory voter ID provision it erased those barriers to early voting as well.

In Alabama, drivers license centers in black neighborhoods had their hours shortened or in some cases closed. In Texas, Wisconsin and Pennsylvania, Republican legislators took measures to limit or restrict early voting.

In several instances, courts have stepped in to temporarily block these changes, but most are under appeal.

Indeed, the Trump campaign may mount a challenge to the results because of supposed fraud. Despite repeated findings by multiple non- partisan surveys and pollsters that fraud is almost non-existent, the folks who want to suppress voting like to link early voting to supposed fraud.

There are two main reasons for the repeated attacks on early voting. One is that surveys show most of the biggest proponents of early voting tend to support Democrats; people of color, millennials and young people in general, women and seniors.

These are all groups anxious to avoid crowds or whose lives are such that it is easier for them to vote early or even via absentee ballot rather than stand in lengthy lines on Election Day.

The second reason that Republicans tend to want limits on early voting is the fear that if one of their candidates falls behind in the early results, it will hinder their attempts at a late rally of their supporters.

The Tribune urges all of its readers who are in a position to do so, to please take advantage now of early voting. Don't wait until the last minute to decide you don't want to fight the long lines or bad weather.

One thing that can be counted on is that the Trump crowd will show up at the polls on November 8. He is counting on a late push while also hoping that parts of the coalition that elected Barack Obama twice will stay home.

For Democrats, there is a chance to not only keep the White House, but also to regain the House and Senate. It is not a sure thing by any stretch of the imagination, but it is possible.

Sadly, there is also a chance for a disgusting buffoon who is courting all the worse elements of this nation to capture the White House and for his buddies to hold on to the House and Senate.

That nightmare scenario would result in Trump being able to pack the United States Supreme Court and who knows what else could happen. But he and his cronies can be stopped.

Everyone who doesn't want to see America marching backwards must let their voice be heard. A great way to do that is to participate in early voting as soon as possible.