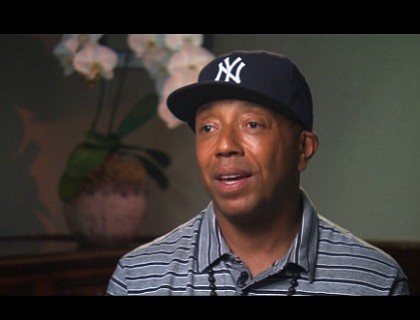 Russell Simmons is a pioneer in creating content for and about the underserved -- and he sees no reason to stop now. If anything, it's needed now more than ever, he says. That's why his All Def Digital (ADD) brand is growing its alliances with Fusion and HBO (which is owned by CNN's parent company Time Warner). CNN

(CNNMoney) — Russell Simmons is a pioneer in creating content for and about the underserved -- and he sees no reason to stop now.

If anything, it's needed now more than ever, he says.

That's why his All Def Digital (ADD) brand is growing its alliances with Fusion and HBO (which is owned by CNN's parent company Time Warner).

On election night, ADD and Fusion put on an "All Def Comedy Roast" featuring politically themed humor about America. The special will air on HBO November 12 and is based on the ADD weekly stand up shows in Hollywood.

Simmons has more political projects in the works.

"All Def Digital is going to have a social justice platform and it won't be a news platform, it will be a social justice platform," he said. "I'm an occupier. I run a network and the All Def Network is a progressive network. It wants to strike down Citizen's United. It realizes that our democracy is flawed because of the money in politics. It realizes that the ideas of inclusivity are key to the American belief system."

In an interview with CNNMoney conducted prior to the presidential election, Simmons talked about the challenges facing America and his goals to help.

"Every rap record, every poetry show, every comedy show speaks of some social or political condition that we have to deal with," he said. "When you watch a Def Comedy show or you listen to a rap record, they are speaking to under served communities and on behalf of people who wouldn't get to speak otherwise."

Simmons said folks should resist the urge to compare All Def Comedy to programming from networks like Comedy Central because it aims to serve a different audience.

The mogul helped to break the careers of several major African American comics with his "Def Comedy Jam" series, which originally ran on HBO from 1992 to 1997. Simmons said Hollywood has been slow to pick up on some of the comedic African American talent out there.

"When Martin [Lawrence], Jamie [Foxx], Cedric [the Entertainer], Bernie Mac, Chris Tucker, Dave Chappelle, Steve Harvey, Mark Curry and Bill Bellamy, I can go on forever, they all happened in one second when I did 'Def Comedy Jam'," Simmons said.

"Kevin Hart and Kat Williams came from 'Def Comedy Jam' but Hollywood couldn't recognize them," he added. "The choices that Hollywood made were from segregated, gated communities looking into the black community and deciding what they thought was funny versus what the community was already choosing."

Simmons said he's going to have comics on his roasts who have built their careers via grassroots fandom -- and have the edge that makes urban comedy great.

With a company that is largely comprised of employees who are people of color, Simmons said he's occupying an empty space in the digital landscape.

"We don't have any competitors," he said.

And it's not just about culture, Simmons said. It's about a culture that has too long been overlooked.

"The platform we built is for a very mainstream distribution, but it's a very specific sensibility that is being overlooked by a lot of digital companies," he said. "Having one urban idea in your platform is not going to speak to almost half of America and all the rest of America, including kids in Beverly Hills, who love urban, hip hop ideas."