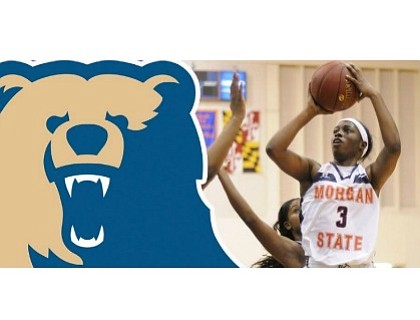 Bethlehem, Pa. (Nov. 16, 2016) --- Delaware State sophomore forward Najai Pollard was on course for a school record-setting game to help the Lady Hornets build a double-digit lead, but was straddled by foul trouble and Lehigh took advantage in a 91-80 victory over DSU in a women’s basketball contest at Stabler Arena today.Pollard finished with a career-high 38 points, tying for the third-best single-game total in team history. The school record for points in a game is 40 by Sabrina Leonard in 1983. Two other players have scored 39 points in a game for the Lady Hornets.Pollard also led all players with 12 rebounds to record her second double-double of the season and 10th in 32 collegiate games.

WASHINGTON, DC – Costly turnovers in the final five-and-a-half minutes of regulation proved too much to overcome for the Firebirds as they dropped their season home opener to the University of Puerto Rico at Bayamon, 62-57 in front of a packed house for Homecoming Week and the home debut of head coach Juan Dixon at UDC Sports Complex Wednesday night. The Firebirds (0-3) were led by their senior captain guard Shantrel Oliver, who scored a career-high 19 points on 6-of-16 FG shooting and 4-of-5 from the foul line. Oliver, who's four-point play on a three-pointer and the foul kept it a one-possession game, 60-57 with 43 seconds left, also registered three rebounds, one assist and one steal.

BALTIMORE, Md. (Nov. 17, 2016)-Morgan State'sTykyrah Williams scored a game-high 22 points and added nine rebounds, falling just shy of a double-double and Lexus Spears and Braennan Farrarscored 15 and 14 points respectively, as the Lady Bears picked up their first win of the season with a 79-28 non-conference victory over Washington Adventist on Thursday night at Hill Field House.