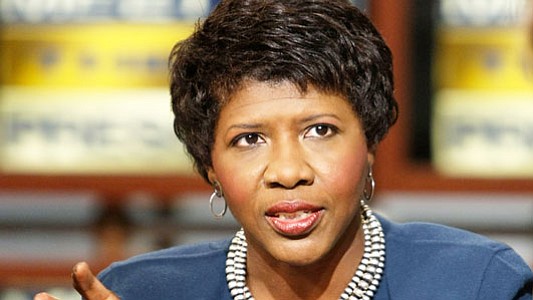 American Peabody award-winning journalist, television news broadcaster and author, Gwen Ifill died on Monday, November 14, 2016, at the age of 61. A long-time and dedicated member of the National Association of Black Journalists, Ifill was inducted into the organization’s Hall of Fame in 2012.

Reportedly, Ifill died at a Washington, D.C. area hospice after a battle with cancer.

The news of her death spread quickly remembrances and accolades poured in from all over the country.

“Working first for newspapers and later on television, Gwen brought a still all-too-rare sight into the homes of all Americans: a black woman delivering the news and sharp insight on our nation’s political process,” the Reverend William H. Lamar IV, pastor of Metropolitan A.M.E. Church in Northwest, Washington, D.C., said in a statement.

“Gwen covered more than a half-dozen presidential campaigns and her success inspired us all, inspiring a generation of aspiring young black journalists and young female journalists to follow the path she boldly blazed forward, no matter how many racist and sexist attacks she faced,” Lamar said, adding that Ifill used her platform to mentor countless young people and her fame to give back to her beloved church and community.

When Ifill published the 2009 best selling “The Breakthrough: Politics and Race in the Age of Obama,” she donated some of the proceeds to help restore Metropolitan’s historic building.

The National Association of Black Journalists (NABJ) also mourned the loss of Ifill, a longtime member of the organization.

“I am saddened to hear of Gwen Ifill’s passing. Gwen was a transformative voice among journalists. Her professionalism and poise, coupled with an innate doggedness to report the story, reverberated throughout the industry,” NABJ President Sarah Glover said in a statement. “Gwen covered politics and the presidential race with class, wisdom and insight, separating her from the pack.”

Ifill joined PBS in 1999, reporting on politics for NewsHour and moderating Washington Week. In 2013 she was named co-anchor of PBS’ flagship evening news program along with Judy Woodruff.

Ifill was one of the most successful journalists to make the transition from print to television. Earlier in her career, she reported for The Baltimore Evening Sun and The Boston Herald American.

Later she was a local and national political reporter for The Washington Post and went on to hold one of the most respected jobs in the industry as a White House correspondent for The New York Times. When she made the transition to television, Ifill became the chief congressional and political correspondent for NBC News in 1994.

A long-time and dedicated member of NABJ, she was inducted into the Association’s Hall of Fame in 2012.

Ifill was the platinum standard for political journalists and she was such an inspiration to African-American women in the business, said former NABJ President Vanessa Williams. “She was a tough, smart reporter, with a warm, generous spirit who never hesitated to help, financially and with her time and talents, when asked, whether by NABJ or by a student who approached her for a few words of advice and a selfie.”

Born on September 29, 1955, in Jamaica, Queens, to the former Eleanor Husband and Oliver Urcille Ifill Sr., an A.M.E. minister, Ifill was the fifth of six children and she was raised— as her father was periodically reassigned— in Queens, Staten Island, Manhattan, Buffalo, Pennsylvania and Massachusetts in church parsonages and stints in federally subsidized housing.

Charlayne Hunter-Gault, a former “NewsHour” correspondent, said that she and Ms. Ifill, both daughters of ministers, were equipped with a moral armor “that served her and me well as we traversed roads not usually traversed by women who looked like us.”

Ifill never married. In addition to her brother Roberto Ifill, she is survived by another brother, Earle, a minister; and a sister, Maria Ifill Philip, who is retired from the State Department.