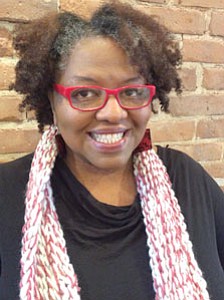 Previous winners of the Ernest J. Gaines award include T. Geronimo Johnson for “Welcome to Braggsville,” Attica Locke for “The Cutting Season,” Stephanie Powell Watts for “We Are Taking Only What We Need” and Dinaw Mengestu for “How to Read the Air.”

Award ceremonies take place at 6:30 p.m. on January 19, 2016 at the Manship Theatre in downtown Baton Rouge. Wilkinson will read excerpts from her winning novel. The ceremony is free and open to the public, although reservations are requested at gainesaward@braf.org.

“Birds of Opulence” is Wilkinson’s first novel, though many of her works have garnered critical acclaim. “Blackberries, Blackberries,” a collection of short stories, won the 2002 Chaffin Award for Appalachian Literature. “Water Street,” another short-story collection, was a finalist for the Hurston-Wright Legacy Award and the U.K.’s Orange Prize for Fiction.

“Birds of Opulence” follows several generations of women in the Goode-Brown family in the fictional Southern black township of Opulence. The family is plagued by mental illness and illegitimacy, as well as the accompanying embarrassment. As younger generations watch their mothers and grandmothers pass on, they also fear going mad and must fight to survive.

Due to the exceptional quality of entries, judges for the Gaines Award short-listed three books for commendation this year— “The Side of Providence,” by Rachel M. Harper, “Triangle Ray” by John Holman and “We Love You, Charlie Freeman” by Kaitlyn Greenidge.

The national panel of judges for the 2016 Gaines Award are: Edward P. Jones, Pulitzer Prize winner for his 2003 novel, “The Known World”; Anthony Grooms, a critically acclaimed author and creative writing professor at Kennesaw State University; renowned author Elizabeth Nunez, professor of English at Hunter College-City University of New York; Francine Prose, author of more than 20 books, including “Blue Angel,” a nominee for the 2000 National Book Award; and Patricia Towers, former features editor for O, The Oprah Magazine and a founding editor of Vanity Fair magazine.

His critically acclaimed novel “The Autobiography of Miss Jane Pittman” was adapted into a made-for-TV movie that won nine Emmy awards. His 1993 novel “A Lesson Before Dying” won the National Book Critics Circle Award for fiction.