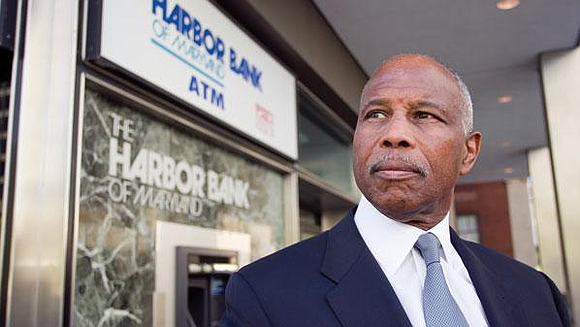 BALTIMORE — After the acquittal of George Zimmerman in the shooting death of African-American teen Trayvon Martin, the “Black Lives Matter” movement began in earnest.

As more incidents involving law enforcement officers and black men and women like Michael Brown in Ferguson, Missouri; Sandra Blank in Texas; and Freddie Gray in Baltimore, the movement took on greater meaning and energized many to become activists in African-American communities around the country.

Now, an important outtake from that movement has begun and, just like “Black Lives Matter,” those behind the latest “Black Dollars Matters” action are hoping that it’s not just a moment but also a movement.

“Once folks learned or discovered that we are black controlled, things took off,” Haskins said of the numerous new accounts customers have opened recently in support of the movement.

Reacting to the wave of shootings of black men by police officers, thousands of African-American consumers across America are directing their dollars by opening checking and savings accounts in Black-owned banks.

“This is a movement that began over 100 years ago, but had become dormant because of racial integration. Thousands have been mobilized to protest with their spending power,” said National Bankers Association president, Michael Grant. “Many African-American consumers are linking the shootings with a sense of powerlessness, feeling undervalued and disrespected.”

A significant number of African-American bankers are hearing that black lives do not seem to matter because less value is placed on the lives of black people as a group in America, the NBA said in a statement.

Since July, however, thousands of checking and savings accounts have been opened at black-owned banks.

“We’ve had such an account opening success with deposits varying from the hundreds to the thousands of dollars,” said Haskins, noting that Harbor Bank’s locations in Baltimore and Randallstown have been the beneficiary of the movement.

“We’ve had several high-profile individuals, sports stars and entertainers, come in and ask what they could do,” he said, noting that the bank has realized close to $10 million from account openings.

Singer Solange Knowles, the sister of pop star Beyoncé, recently announced that she was moving her dollars to a black-owned bank. In the summer, Knowles reportedly posted on her Instagram account— where she has over a million followers – “I’m proud to say I made that step today. Time to literally put my money where my mouth is.”

Her post included a list of the black-owned banks in the United States. There are 22 of them. In addition, there are 318 credit unions with African-American designations to also choose from, according to Yes Magazine.

Haskins, one of the founders of Harbor Bank when it opened in 1982, said the movement has unprecedented momentum.

“The only time that I can recall anything similar to this is when we first opened in September of 1982. And, that was fed probably by those looking to make a difference at that time,” Haskins said. “But, I have not seen the level of what we are now seeing since the call of ‘Black Dollars Matter.’ There is legitimate interest in moving money toward black-owned institutions and in keeping money inside of the community.”

Grant cautioned black consumers to be mindful of the voluminous requests that the banks are receiving on-line, in person and by telephone.

“This is a very positive development for black banks. They have always provided a disproportionate share of the small business loans and consumer loans to African- Americans,” Grant said. “Ironically, it seems that we have gone full circle back to where we were before desegregation. The black community is turning inward and seeking to provide security for itself. And few would argue against the notion that nearly every major social issue plaguing black people in America can find its roots in economic deprivation.”