What about the black working class? 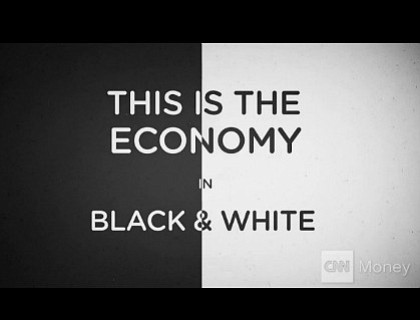 Graphic regarding the economy in black and white. CNNMoney

(CNNMoney) — Amid all of the talk about economic populism this election cycle, one group has been largely left out: working class Americans of color.

The focus has been on the white working class, with the narrative of a forgotten America where rural whites once held steady factory jobs with decent wages. The economic anxiety facing black and brown workers, while arguably more profound, has been largely left out of the conversation.

The disparities make sense considering the vast racial wealth gap in the U.S. White families, on average, tend to have 13 times more wealth than black and Latino families, according to the Pew Research Center.

One study by the Economic Policy Institute showed that black employees with more experience and education were still paid less than their white counterparts. Another study by the Corporation for Economic Development and the Institute for Policy Studies said if current trends persist, it would take 228 years for black families and 84 years for Latino families to accumulate the same amount of wealth as whites.

Yet, the focus remains on the problems of white working class Americans.

"In general there is a tendency to not talk about blacks as workers. This hurts the whole dialogue," said William Spriggs, chief economist for the AFL-CIO and an economics professor at Howard University. Instead, black and brown workers are considered "underclass" as opposed to working class and "lazy" instead of hardworking, said Spriggs. And yet, they too have worn overalls and lost factory jobs.

"The notion of the white working class implicitly embodies a view of white privilege," said Spriggs, "It implies that things are supposed to be different for them, that they aren't the same, that they aren't going to face the same pressures."

There is no official definition of the working class. Some define it by education level or job sector, others by income. John Hudak, a senior fellow in governance studies at the Brookings Institution calls these voters "economically marginalized" because they often fall somewhere between the poor and the middle class.

"The realities of race in our society and in our economy benefit white Americans over communities of color," Hudak said.

President-elect Donald Trump promised to address some of the economic issues facing black voters with his New Deal for Black America, which he released in October. The ten-point plan includes a series of economic proposals that some experts say fall short of their intended goal.

In it, Trump calls for tax reforms including lowering the business tax from 35% to 15% and imposing a "massive" middle class tax cut and child care tax deductions.