Where Brazil's best cooks come from 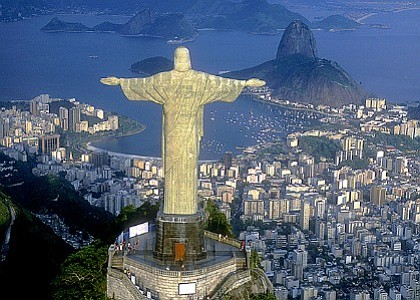 (CNN) — Someone said "gun!" while we were shooting a scene in a crowded cafe in Minas Gerais, Brazil, and the next thing I knew my director, Mo Fallon, had dropped his camera, dragged me to the floor and covered me with his body.

A split second later, assistant cameraman Josh Flannigan piled on. Mo had his back to the potential shooter, shielding me.

The danger passed quickly. Two car thieves had allowed their stolen vehicle to drift into the curb in front of the cafe. When witnesses tried to drag them out of the car, one of them produced a weapon. After a tense moment, the two were allowed to flee the scene.

As I got up from the ground, I think my first words to Mo were, "If your wife finds out about this, she is going to kill you."

My crew are not the Secret Service, and I sure as hell ain't the president. This kind of behavior, while flattering --- and, well, frankly heroic -- was above and beyond the call of duty. I can -- let's face it -- be replaced.

As I returned to the table where we were filming to continue talking about the cuisine of Minas Gerais, a beautiful and mountainous agricultural area of Brazil, I was thinking, "Damn! Now I gotta be nice to them." What does one do for people who risk their lives for you? I was thinking a fruit basket wasn't enough.

I don't want you to think Minas Gerais is a dangerous place. Brazil, a country where the divide between the rich and poor is striking and severe, can be dangerous for sure. But things happen. This could have happened in New York or Dubuque. That it happened with us right there, cameras rolling, was one of the many flukes of the road. One rule of travel, long ago learned, is that everything is fine ... until it isn't.

So don't let this brief moment dissuade you from visiting. Minas Gerais is beautiful; it is soulful, with a cuisine and a style all its own. It is unlike Rio or Sao Paulo or Salvador or Belem, or anywhere else we've been in the country.

It's also where so many of the cooks from Brazil's top restaurants come from, and when you spend time there you discover exactly why the best chefs in Sao Paulo brag that their cooks "come from Minas."

It's truly a "part unknown" in that it is relatively undiscovered by tourists -- and the crazy amazing art gallery, Inhotim, spread throughout acres of jungle, is reason alone to visit.

The food is hearty and comforting and delicious, reflecting the demanding appetites of hard-working farming communities. The people are lovely, and the mix of blood and culture inspiring. Go there.