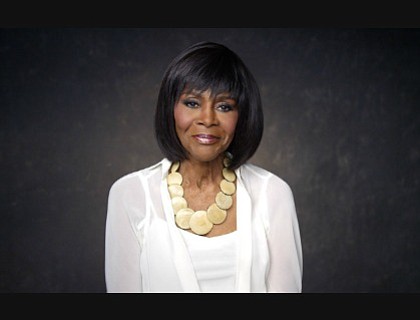 "Award-winning actress Cicely Tyson is a living legend whose standout roles and dedication to her life's purpose are reflected in an illustrious career. This iconic performer decided early on that her work, whether it was in a hit movie or on Broadway, would be more than a job. She opens up about the valuable lessons she's learned from her experiences and how she uses her opportunities to help make a difference." From OPRAH.com Oprah.com

(CNN) — Here's a look at the life of Emmy Award-winning actress Cicely Tyson.

Other Facts: On the Dance Theatre of Harlem's national advisory board.

Nominated for 11 Emmy Awards and has won three.

Nominated for one Academy Award.

Nominated for one Tony Award and has won one.

Worked as a typist after high school.

Timeline: 1950s - Is discovered by a fashion editor at Ebony magazine.

1956 - Appears on the cover of both Vogue and Harper's Bazaar.

1972 - Stars in "Sounder," winning a Golden Globe and an Academy Award nomination.

1974 - Wins Emmys for Actress of the Year - Special and Best Lead Actress in a Drama for the film, "The Autobiography of Miss Jane Pittman."

January 1977 - Portrays Binta, the mother of Kunta Kinte, in the miniseries, "Roots."

1977 - Inducted into the Black Filmmakers Hall of Fame.

1994 - Wins the Emmy for Outstanding Supporting Actress in a Miniseries for "Oldest Living Confederate Widow Tells All."

1995 - The Cicely L. Tyson Community School of Performing & Fine Arts, an elementary school in East Orange, New Jersey, is named in her honor.

2013 - Returns to Broadway after 30 years, winning a Tony for Best Actress in "The Trip to Bountiful."

November 22, 2016 - In a ceremony honoring 21 Americans, Tyson is awarded the Presidential Medal of Freedom.