Prince fans to get brief peek inside Paisley Park 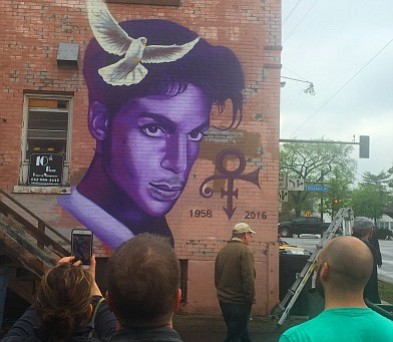 (CNN) — Paisley Park, the home and recording studio of Prince, will open to the public this week.

But let's not go crazy -- the venue will be welcoming guests for a very limited time.

Paisley Park tours had been scheduled to begin Thursday and operate daily. But those plans have been scaled back significantly and the tours will be held for just three days -- Thursday, Saturday and then on Friday, October 14.

That schedule is thanks to a temporary agreement with the city of Chanhassen, where the site is located.

On Monday, the Chanhassen City Council voted 3-to-2 to table the estate's rezoning request that would allow Paisley Park to operate as a museum. The facility operators sought to change the site's designation to begin tours.

But the city council's vote earlier this week threw plans to open the museum into question.

Fans lamented that they had already booked the tour and plane tickets to travel to Minnesota for the opening week.

The council members voted to delay the rezoning request as local residents voiced concerns about how the property would bring in traffic, according to city planning commision minutes. Council members had "public safety and traffic concerns" and sought "necessary site improvements, and the need for additional information on impacts to the community," according to a statement by the city.

Council member Jerry McDonald blamed the park's administrators for selling tickets before they got the proper zoning.

"They took a risk, and that's fine," he told CNN affiliate, WCCO. "That's what business does. But the only thing I'm disappointed in is that they passed that risk on to the ticket holder."

More Prince exhibits could be on the way

The Chanhassen council members will reconsider Paisley Park's application on or before December 20.

As a temporary measure, the city council voted to allow temporary permits for tours for three days. Ticket holders with tour dates from October 7 to 15 who cannot attend will get refunds, according to a statement from David Beckwith, president of The Beckwith Company Public Relations firm.

Paisley Park is also in discussions for an exhibition of Prince's wardrobe and items at the Mall of America, with the possibility of it opening next week, Beckwith stated.

Plans were for the guided tours to take visitors throughout the extensive main floor which includes the recording and mixing studios where he recorded, produced and mixed most of his biggest hits, as well as video editing suites, rehearsal rooms, and a massive sound stage and concert hall where he rehearsed for tours and held exclusive private events and concerts.