Farming is key to economic growth in the black community 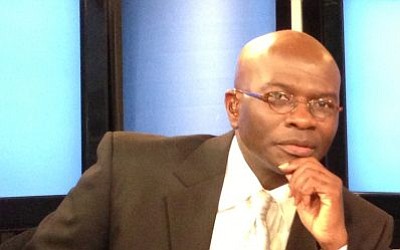 Armstrong Williams says that Congress should really consider including provisions in the Farm Bill that provide incentives for young people to enter into farming. NNPA

(NNPA) — t is clear that it when it comes to jumpstarting the economy, generating jobs and wealth for the average American, we are in quite a fix. After coming out of the Great Recession, the economy is experiencing anemic growth rate of around one percent, and labor force participation is at a thirty-year low. The problem is proving to be somewhat intractable, despite efforts by centralized government to goose the economic engine through financial manipulation.

The economic challenges facing average Americans cannot be solved by big government or big business. It is really about time that we look to the past for some solutions. One of the things we should take a hard look at is returning to the land. Around the turn of the 20th century, almost half of United States workers were directly involved in the agricultural sector – whether in terms of growing food or organic materials for textile manufacturing. As late as 1930, farming constituted about 7.7 percent of the U.S. GDP.

Today, less than 2 percent of American workers are engaged in agriculture. But more importantly, during the heyday of American farming, from 1900-1915, the majority of farm-produced products were consumed on the farm or by the local communities they served – with exportable commodities such as cotton and tobacco playing a supplemental role. Today, large farming operations control huge tracts of farmland that are almost exclusively dedicated to producing off-farm income. And American farming has become inextricably integrated into global commerce.

While farming has become less labor intensive and more mechanized and specialized it has lost some of the more robust features that made it the backbone of the American economy. Notably, American famers around the turn of the century grew at least five different commodity crops on average. Today’s mega-farms produce one major crop on average, and agriculture contributes less than one percent of GDP. Farming as a viable profession is dying out with the average age of an American farmer of 65. And it is becoming a far more extractive industry, returning less than 16 percent of revenue from farm operations to the farmer.

What does this all mean for the average American worker and the U.S. economy in general? First, it means that the core skills needed in farming have become virtually non-existent. Not only are farms largely mechanized, what farming labor remains is largely staffed by foreign workers — including millions of illegal immigrants from south of the U.S. border.

As someone who grew up on a family-owned farm in Marion, South Carolina and saw the wealth building benefits our farm brought to our community, I understand the critical importance of farming as a community-based enterprise. First was the real importance of work ethic and skilled labor. People in our community took pride in being skilled laborers – whether it was shoeing the horses, taking care of the livestock, or planting or harvesting – farm laborers developed specialized skills that made them valuable members of the entire community.

The community-supported agriculture model extended to include obviously local markets for a variety of crops – fruits and vegetables, preserves, and meat products. Farming as we knew it did involve some cash crops — we grew and sold tobacco, for example, — but we were far from a specialized farming operation. Farming created jobs, instilled youth with a work ethic, and tied people to land, family and community. This is a model that Europe has been careful to protect, no matter what the winds of globalization have blown their way. European countries understand the relationship between small-scale farming and national identity in ways that America — which industrialized much sooner in its nation’s history, can comprehend.