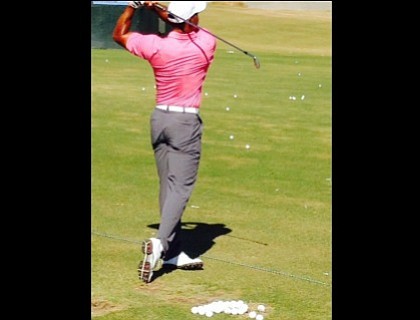 Tiger Woods hits off the practice tee at the US Open at Chambers Bay. Patrick Snell/CNN

After announcing last week he would make his comeback at the Safeway Open this Thursday, Woods revealed Monday that he is pulling out of the PGA Tour tournament in California and next month's Turkish Airlines Open.

"After a lot of soul searching and honest reflection, I know that I am not yet ready to play on the PGA Tour or compete in Turkey," former world No. 1 Woods said in a statement on his website.

"My health is good, and I feel strong, but my game is vulnerable and not where it needs to be. When I announced last week I was going to Safeway, I had every intention of playing, or I wouldn't have committed."

The 14-time major winner, who last started a tournament in August 2015, said he hopes to play at his foundation's Hero World Challenge event on December 2.

"I spent a week with the US Ryder Cup Team, an honor and experience that inspired me even more to play," said Woods, who had been due to play alongside two-time NBA MV Steph Curry at a golf pro-am in Napa on Wednesday.

"I practiced the last several days in California, but after a lot of hours, I knew I wasn't ready to compete against the best golfers in the world.

"This isn't what I wanted to happen, but I will continue to strive to be able to play tournament golf. I'm close, and I won't stop until I get there."

The 40-year-old has not won a PGA Tour event since the World Golf Championships-Bridgestone Invitational in August 2013, but is striving to add to his total of 79 titles and close in on Sam Snead's all-time record of 82.

Woods has also been without a major title since the 2008 US Open, and trails Jack Nicklaus' all-time record by four.