Local hospitals to serve as hubs for violence prevention 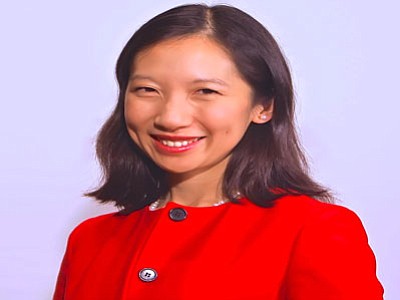 BALTIMORE — The Baltimore City Health Department (BCHD) was awarded a $500,000 grant by the U.S. Department of Justice’s Office of Juvenile Justice and Delinquency Prevention to support the planning and implementation of a comprehensive hospital-based community violence intervention program.

The implementation of the Baltimore City Thriving Communities Project will begin with Johns Hopkins Hospital, according to officials.

The grant comes as Baltimore City Health Department released “Healthy Baltimore 2020,” a strategic blueprint for health and wellness in Baltimore City through the lens of health equity.

“As an emergency physician who has treated patients dying from gunshot wounds, I will never forget the cries of mothers whose children could not be resuscitated in our EDs,” Baltimore City Health Commissioner Dr. Leana Wen said in a statement. “I have seen the cycle of violence and trauma, and why we need every interaction to be the point of intervention to stop this vicious cycle. Safe Streets has shown us that violence interruption works.”

BCHD officials made the announcement during the second “Healthy Baltimore 2020 Community Conversation,” a town hall meeting offering residents the opportunity to provide public comment for Healthy Baltimore 2020. The conversation focused on understanding of violence as a public health issue and ongoing efforts across Baltimore to address violence upstream.

“We can prevent shootings and cure violence with credible messengers. By expanding this model into our hospitals, we can further reduce trauma, save lives, and prevent the risks of re-injury, retaliation and death from gun violence in our communities,” said Wen.

As of late, addressing violence and public safety are key priorities for city government. The BCHD uses Safe Streets, a hallmark model for violence prevention inspired by the national Cure Violence campaign.

This public health initiative employs and trains outreach professionals to de-escalate and mediate disputes that might otherwise result in retaliatory acts of violence.

In 2015, Safe Streets outreach workers mediated nearly 700 conflicts, nearly 80 percent of which were deemed “likely” or “very likely” to have resulted in gun violence. In addition to neighborhood-level impact, the program also prevents the intensive trauma, and often costly, citywide ripple effects associated with a major event of violence.

During the Community Conversation, more than a dozen partners from across Baltimore were honored by health officials for their commitment to a public health approach to reducing violence and achieving health equity in their communities.

Healthy Baltimore 2020 is designed as an ongoing project and BCHD will continue to seek community input in the coming weeks and months, according to officials. To facilitate public discussion, Baltimore City Health Department will continue to host community conversations on each of the strategic priority areas identified in Healthy Baltimore 2020, including behavioral health, violence prevention, chronic disease, and life course and core services.

“The input and support of our community is critical to creating a framework that truly supports the health of our residents. We are so fortunate to work with passionate community partners, and are honored to celebrate their dedication to improving health and wellbeing in our city.” Wen said. “Everyone has a role to play in improving health in Baltimore City, and we need the involvement of all those committed to improving health to guide our strategy moving forward.”