A Trump win in November could tear this nation apart 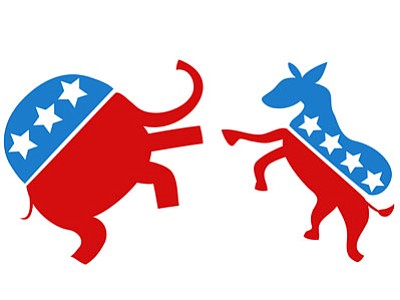 NNPA — Alright, we are getting close to the finish line: Election Day November 8, 2016.

We have witnessed the first debate, between Hillary Clinton and Donald Trump, and while I would argue that Clinton won, Trump made enough arguments to reinforce some level of confidence among his supporters.

After having a comfortable lead over her Republican opponent, current poll numbers suggest that Clinton's lead has almost vanished in key states; reasons why the race has tightened are still up for debate.

There are four presidential candidates on the ballot: Hillary Clinton (Democrat), Donald Trump (Republican), Gary Johnson (Libertarian Party) and Dr. Jill Stein (Green Party). The reality is that the presidential choice comes down to either Clinton or Trump. Johnson has about an eight percent showing in the polls and Stein about three percent.

What voters have to decide is not only where will they come down, but also the importance of other races that will be decided November 8. Thus, my first plea is that everyone votes. Each vote, as we saw in Florida in 2000 and Ohio in 2004, can be potentially critical.

A second issue is that races, in addition to the presidential race, are critical. The United States Senate, as of this moment, is a toss-up between the Republicans and Democrats. We could find ourselves with a small Republican majority, a small Democratic majority, or a literal tie. So, even if you find yourself dissatisfied with the Presidential choices, there are other races that will make a real-world difference.

The third issue, however, is one that hit me, yet again, in watching the debate. Trump and his supporters are dangerous. It is frightening that a presidential candidate can continue to deliver outright lies and has not been run out of town on a rail. But it is actually more than that. Leading the birther movement against Obama, threatening to put Muslims under surveillance, proposing a wall along the border with Mexico and an escalation of deportations, allegedly, as a means of cutting crime, tells us that Trump understands nothing about the experiences of those of us of color. Worse, he is quite prepared, in the face of the history of the United States, to play with matches in a field of unstable dynamite. Trump isn’t stupid; he knows precisely what he is doing and he knows how he is motivating racists and xenophobes to come out of the closet. Yet, he keeps doing it.

So, it really comes down to this: No matter who is elected, people of conscience will need to put and keep pressure on the next administration. At the same time, don’t deceive yourself. Ultra-right-wing forces will play on Trump’s victory in order to push us further over the edge into a racial dystopia.

Black America went through a racial dystopia after the defeat of Reconstruction and found itself in the hell of Jim Crow. Asian America went through the persecution of the Chinese and Japanese, the annexation of Hawaii, and a genocidal war against the Filipinos. Latino America went through the seizure of the northern third of Mexico and the later seizure of Puerto Rico, along with the constant demonization of their people and their heritage. Native Americans have faced constant efforts aimed at the violation of their sovereignty and, indeed, their extermination. We do not need a President who takes us anywhere close to that world again.