Why we must continue to fight efforts to suppress black votes 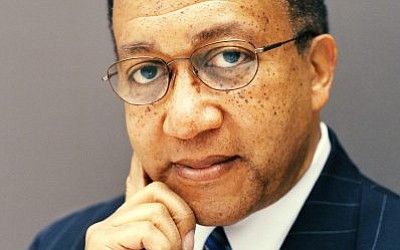 Dr. Benjamin F. Chavis, Jr., says that if the Black vote today was not so strategically important, we wouldn’t see the current manifestations of blatantly racist acts designed to suppress the Black vote. NNPA

(NNPA) — In all democracies, the right to vote is fundamental to the legitimacy of an elected government chosen by the participatory action and will of the people eligible to vote. For 47 million Black Americans, the right to vote is a sacred responsibility without the fear of reprisal, retribution or repression.

It’s 2016 and this year’s national elections in the United States are only a few days away. Yet in many states early voting has already begun. Keep in mind in the last national presidential race in 2012, Black Americans went to the polls in record numbers with over 17.8 million casting their ballots even in face of voter suppression tactics mainly by Republican officials in various states in the Midwest, Southwest and in the South.

If the Black vote was not so strategically important and determinative today, you would not see the current manifestations of blatantly racist acts designed to suppress the Black vote. Such is the case today especially in Indiana, North Carolina and in other states where Black voter turnout is key to winning the election.

Indiana Governor Mike Pence who is now aggressively campaigning to be Vice President of the United States of America, has permitted and encouraged the Indiana State Police to target and shut down the most successful voter registration organization that has registered Blacks to vote in Indiana. The dastardly use of state police to intimidate and prevent Black people from registering to vote demands public outcry and challenge.

According to Craig Varoga, the president of Patriot Majority USA, “Mike Pence has a well-oiled political machine that is using the Indiana State Police to suppress African American votes and violate the Constitutional rights of tens of thousands of Hoosiers. This is not only voter suppression at its worst, it is an insult to all of the honest troopers in the state police, and to law-enforcement officials across the country, who disapprove of wasting precious crime-fighting resources on partisan witch hunts that further harm relations between police officers and minority communities.”

In North Carolina, even after the 4th Circuit U.S. Court of Appeals recently overturned the state’s severe voter suppression law, many Republican county officials across the state have established policies to limit early voting and Sunday voting that will, again, target those counties in N.C., where Black Americans are concentrated.

But Black leaders and organizations are fighting back. Reverend Dr. William Barber, President of the N.C. NAACP, affirmed, “We’re fighting and staying strong. Tomorrow early voting starts in North Carolina. They can register and vote the same day. We’re leading a march on the campus of North Carolina Central University and going all over the state and other HBCUs.”

Dr. Benjamin F. Chavis, Jr. is the President and CEO of the National Newspaper Publishers Association (NNPA) and can be reached for national advertisement sales and partnership proposals at: dr.bchavis@nnpa.org.