Sporting protests: Colin Kaepernick's stand is far from the first 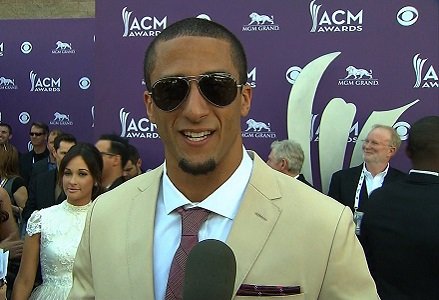 From the howls of outrage emanating from some corners of the Twittersphere, you'd be forgiven for thinking that Colin Kaepernick's stand (or rather, knee) against institutional racism in the US was the first time a sports venue had been used as a political platform.

And following USWNT and Seattle Reign star Megan Rapinoe's decision Sunday to kneel in solidarity with the 49ers' quarterback, it certainly won't be the last.

We're all familiar with the iconic protests of Muhammad Ali, stripped of his boxing license and world title for refusing to kill "no Viet Congs," and the silent, impassioned raised arms of Tommie Smith and John Carlos on the medal stand at the 1968 Olympics in Mexico City. Baseball pioneer Jackie Robinson also used his many achievements to advance civil rights causes.

But recent sporting history is littered with protests, some subtle, others not so much. Here's a look at some recent examples.

Kaepernick's refusal to honor the national anthem isn't even the first time a country's song has been at the center of a controversy.

German international footballers Mesut Ozil and Sami Khedira famously declined to sing the German national anthem ahead of national team matches, but they did join the lineup on the field. Ozil, ethnically Turkish but born and raised in Germany, instead recites verses from the Quran during the pre-match playing of the anthem.

In June, Frauke Petry, co-leader of the anti-immigration, far-right Alternative for Germany (AfD) party, slammed Ozil for his decision not to sing the anthem with his compatriots.

"It's a pity Mesut Ozil, someone so many children and adolescents identify with, does not sing the national anthem," German newspaper Die Welt quoted her as saying.

Germany coach Joachim Lowe defended his players. "Our boys identify totally with the national team and Germany, but one also has to consider their heritage," he told tabloid Bild back in 2010.

Denver Nuggets star Mahmoud Abdul-Rauf courted criticism after he deliberately sat during the anthem before an NBA game in 1996. The move earned him a suspension from then-NBA commisioner David Stern and the scorn of a nation.

Abdul-Rauf and the NBA reached a compromise. He would agree to stand for the national anthem, but he would also be allowed to bow his head, close his eyes and recite a Muslim prayer.

But the damage to Abdul-Rauf's career was done. The Nuggets traded him to the Sacramento Kings at the end of the season, where his playing time was greatly diminished, and by 2001 he was out of the NBA for good.

Members of the Minnesota Lynx, the reigning WNBA champions, wore Black Lives Matter T-shirts during warm-ups before a game in July against the Dallas Wings. The protest came right after the deaths of Alton Sterling and Philando Castile, two black men killed by police that month. The players told reporters that their shirts aimed to honor those who lost their lives, and to call for an end to racial profiling and senseless violence, CNN affiliate WCCO-TV in Minneapolis reported.