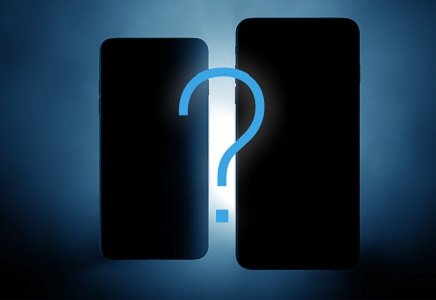 If you're itching for a new iPhone, or curious whether Apple will finally do away for the headphone jack, the company will reveal everything you need to know about its next-generation smartphone this week. On Wednesday, September 7, the company is holding its annual fall media event in San Francisco, where it typically unveils the new iPhone.

Apple announced its next-generation smartphones and a slew of other products at its annual press event on Wednesday. The event kicked off with Apple CEO Tim Cook doing a little Carpool Karaoke with James Cordon and Pharrell. Apple recently bought a Carpool Karaoke TV series exclusively for Apple Music that will debut next year.

iPhone 7 focuses on photography: Apple's new iPhone 7 and iPhone 7 Plus are water resistant, come in new shades of black, and have improved cameras.

The iPhone is Apple's bread and butter. The company has sold over 1 billion of the devices since it launched in 2007, according to Cook. The latest version isn't a huge departure from the iPhone 6S, but it has a few key upgrades.

It's water and dust resistant, which is different from waterproof but still an improvement over "easily killed by water."

The larger iPhone has two side-by-side12-megapixel cameras. One is wide angle and one is telephoto. It gives users 2x optical zoom and 10x digital zoom. In the future, both cameras will be used at the same time to get a shallow depth-of-field effect, but that feature wasn't ready at launch. The smaller iPhone 7 still has one, lonely camera on the back.

The cameras on both phones have been updated with an optical image stabilizer, a new lens and a 12 megapixel sensor. The flash has four LEDs and can detect the flickers of artificial lighting to better compensate.

The Home button is now force sensitive. Instead of knowing you pressed the button because it clicked, it will vibrate. Apple marketing chief Phil Schiller said the revolutionary new button is "creating new feelings and experiences that could not have been created before."

The iPhone 7 now comes in two new colors: a high gloss jet black finish and a matte black. It's also still available in gold, silver and rose gold (yes, pink). The phones will ship with iOS 10. Existing iPhones can upgrade to the new mobile OS on September 13.

The new iPhones will be available September 16 and start at $649. And, finally, the 16GB entry level version has been nixed. The new phones will come with 32GB, 128GB and 256GB of storage.

Goodbye, headphone jack: Rest in peace, iPhone headphone jack. As expected, Apple has removed the port from the iPhone 7. Wired headphones, like Apple's own EarPods, will now connect over the Lightning port instead. Apple spun the controversial decision a few ways. First, we don't lose a port, we gain improved stereo speakers! Schiller said the decision took courage -- "the courage to move on and do something new that betters all of us."

To help ease the transition, Apple made an adapter that it will include with all iPhone 7 and 7 Pluses.

Apple is also introducing AirPods, wireless headphones that you will probably lose in the first month. The little wireless buds come with a white case for charging, and get up to five hours of listening time per charge. Infrared sensors detect when they're in your ears. The headphones include microphones and one-tap Siri access, powered by built-in accelerometers.